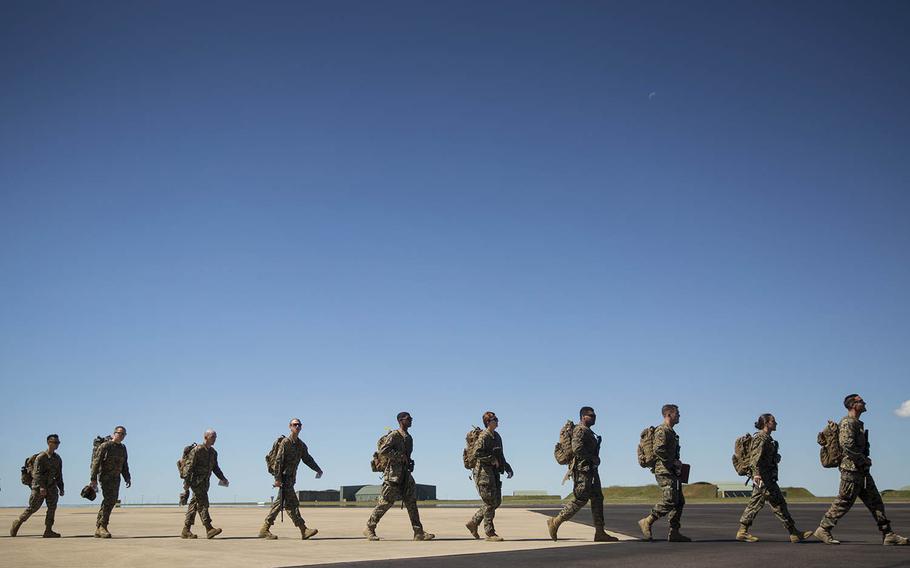 A recent survey suggests U.S. Marines are being welcomed with open arms by residents of Australia’s Northern Territory.

There’s been a steady build-up of Marines in Darwin, Australia, since 2012.

On May 1, with the Marines’ rotational force poised to reach its target of 2,500 troops, the Australian government released a report showing that Darwin leaders and residents have a generally positive view of the U.S. military presence.

Auditing firm KPMG’s “US Force Posture Initiatives (USFPI) Social and Economic Impact Study” involved a telephone survey of 408 locals and meetings with 27 key representatives from business, government and the community.

It shows 51% of people there have positive feelings about the U.S. troops with only 6% responding negatively.

In Darwin, a majority of the public and key stakeholders believe that safety concerns that may have existed following the original announcement of the Marine rotations haven’t been borne out, the KPMG report states.

The survey results show 47% of respondents actually feel safer as a result of the U.S. military presence with only 6% feeling less safe.

That’s a contrast with Okinawa, Japan, for example, where criminal behavior periodically works against the U.S. cause, as was the case on April 13, when a U.S. sailor apparently fatally stabbed a Japanese woman and then killed himself, according to Japan’s Foreign Ministry.

Noise complaints are a common occurrence near U.S. bases in Japan but that’s not, it seems, much of an issue in the Northern Territory.

“While close to a third (32%) of phone survey respondents believe that noise levels have increased as a result of the US military presence, 64% disagree, suggesting that noise issues are localised. Neither key stakeholders nor the public expressed particular concern regarding impacts on the natural environment,” the KPMG report states.

Southeast Asia encompasses developing nations that are hotbeds of Islamic extremism. Meanwhile, the waters of the South China Sea are the subject of territorial disputes between China and her neighbors.

The Northern Territory, at 548,640 square miles, is smaller than Alaska but more than twice the size of Texas. Its population is fewer than 250,000 inhabitants.

Seventy-seven percent of the Darwin residents feel like U.S. forces have brought benefits to the local economy, according to the survey results.

The military injects $700 million annually into the Northern Territory economy, according to the KPMG report.

“In addition to this sustained contribution, there will be an additional, short-term boost to the economy with a significant capital works program commencing in 2020,” according to an Australian Defence Department statement.