Study: Caffeine in diet supplements can cause health problems 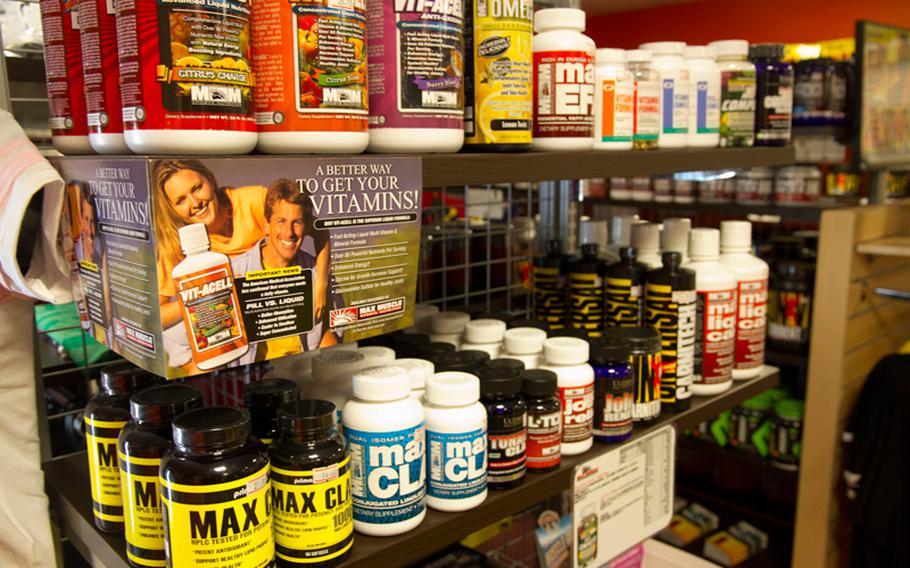 Lax and inaccurate reporting of caffeine levels in many pills and powdered supplements could cause accidental overdoses and lead to panic attacks or serious heat injuries, according to a new study. (Stars and Stripes file)

CAMP FOSTER, Okinawa -- U.S. servicemembers already wired on energy drinks may want to proceed with caution when considering dietary supplements from their local exchange, a new study in an American medical journal found this week.

Lax and inaccurate reporting of caffeine levels by many of the most popular pills and powdered supplements on base store shelves could cause accidental overdoses and lead to panic attacks or possibly serious heat injuries, according to the study on military supplement use, which was published by the Journal of the American Medical Association and partly funded by the Department of Defense.

Highly caffeinated energy drinks, which are not regulated by the government because they are sold as dietary supplements, and stimulant-packed supplements used to lose weight or gain muscle are highly popular on base and downrange, where long, erratic schedules test endurance. But as their popularity surges, military doctors and federal regulators have warned of links to chest pain, dizziness, seizures and even fatal heart attacks.

Pieter Cohen, a study co-author and assistant professor of medicine at Harvard Medical School, said more than half of the most popular caffeine supplements sold in military exchanges do not list the amount of caffeine they contain, or list amounts that are wildly inaccurate.

Of the 20 caffeine-containing supplements analyzed by the researchers, six did not list the caffeine content per serving. Laboratory testing found those supplements can contain up to the equivalent of several cups of coffee in each dose.

Five listed caffeine amounts per serving, but testing revealed actual amounts that varied from 27 percent to 113 percent of those levels, according to the study.

Cohen said caffeine is an important tool for servicemembers to stay alert, but unwittingly taking high doses will likely degrade any benefits, such as increased alertness and concentration, and could cause physical and psychological stress.

“The active war fighter is in Afghanistan under extreme pressure,” he said. “It could really tip the scales for somebody who was feeling on edge into a full-blown panic attack.”

Medical staff at Landstuhl Regional Medical Center in Germany has reported increases in conditions associated with overuse of stimulants and has warned for years of potential risks. Last year, the Air Force launched a study on the use of energy drinks due to concerns that they may be a health risk.

Supplements laden with substances such as DMAA could mean added danger. The new study warned that servicemembers who accidentally mix large doses of caffeine with other stimulants could face serious heat-related injuries, including a life-threatening drop in potassium in the blood and the breakdown of muscle fiber.

In 2011, two soldiers died after taking sports supplements containing the stimulant DMAA. The military pulled the products from exchange store shelves around the world while the Army launched an investigation. The FDA also warned that the new, popular stimulant might be linked to a raft of serious health conditions, including seizures and death.

Cohen said there is not enough scientific data yet to know the full danger of mixing DMAA with poorly labeled caffeine supplements.

“DMAA would be something I would be worried about, but we do not know,” he said.