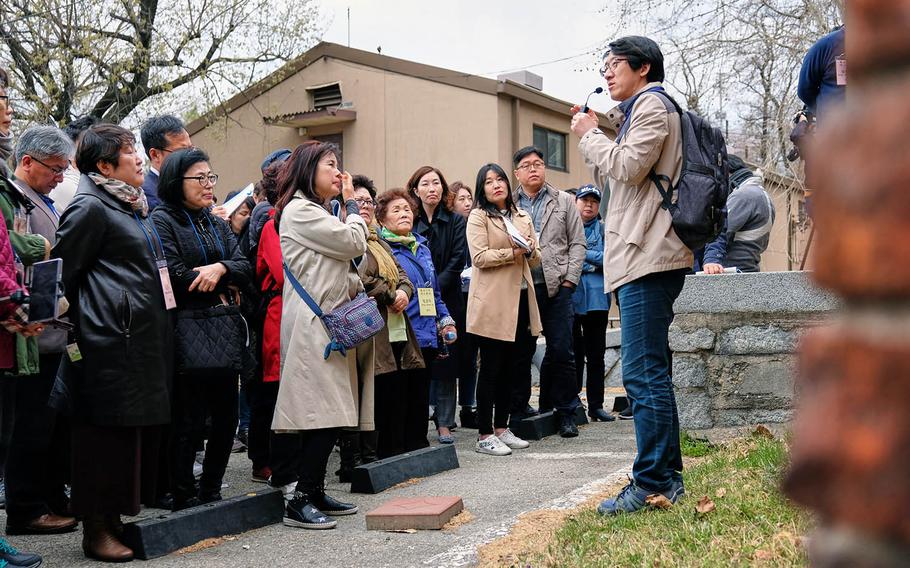 Buy Photo
Japanese symbols in a ventilation opening are preserved after 110 years at the historic Japanese stockade inside Yongsan Garrison, South Korea, on Tuesday, April 9, 2019. (Matt Keeler/Stars and Stripes) 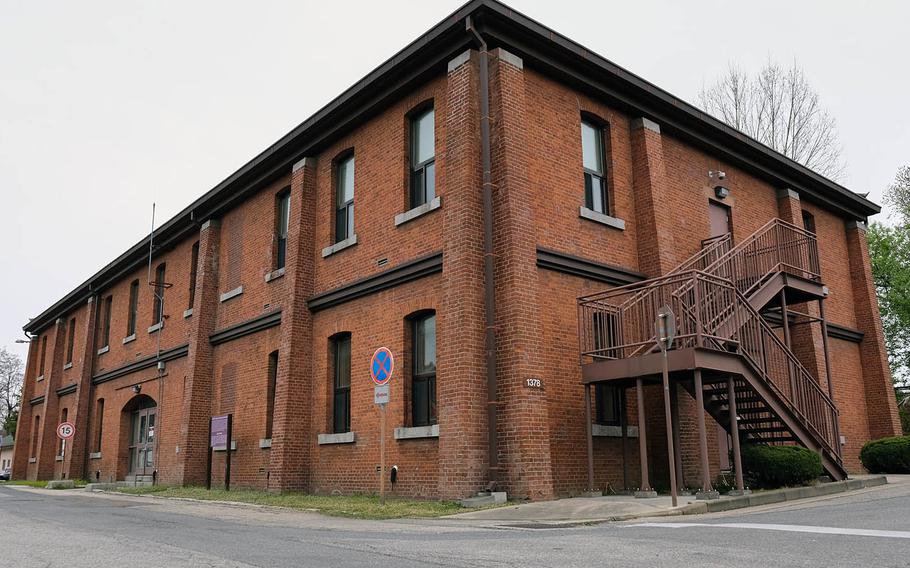 Buy Photo
Building 1378, once an armory for the Japanese Imperial Army, is shown here inside Yongsan Garrison, South Korea, on Tuesday, April 9, 2019. (Matt Keeler/Stars and Stripes) 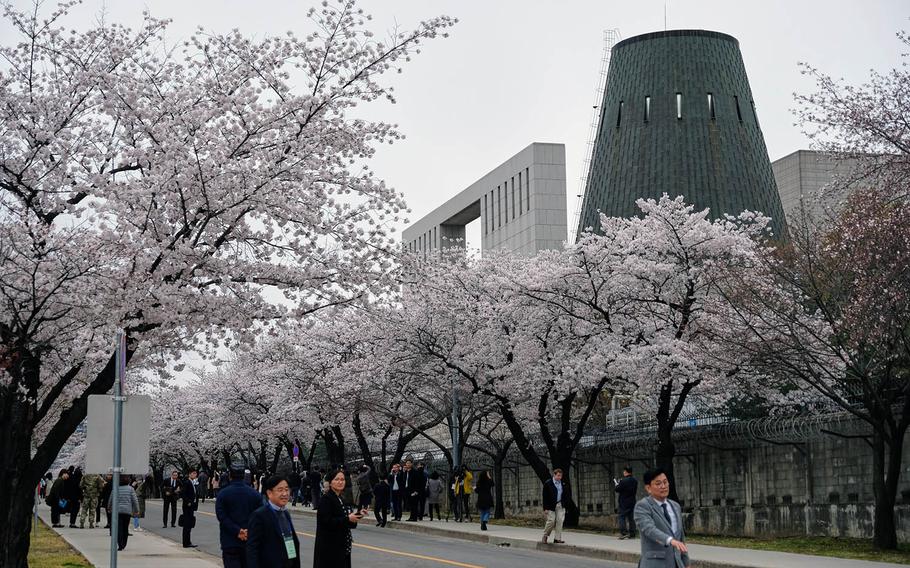 YONGSAN GARRISON, South Korea — Shin Bong-nan has lived near this sprawling U.S. military base for 30 of her 73 years but never knew of the historical riches hidden behind the concertina-lined concrete walls.

“It feels like another country,” she said Tuesday as she joined dozens of other South Koreans on a bus tour of the Army garrison, which is expected to become Seoul’s version of Central Park after the Americans finally turn over the keys.

The tours, which began late last year, have given many South Koreans their first chance to step inside Yongsan, which is spread over some 630 acres in one of the trendiest neighborhoods of Seoul.

The base has been off-limits to the general public since it first was occupied by the Japanese in 1906, with the exception of South Korean employees and others who receive special permission.

The Americans moved in after World War II and built it up to offer all the trappings of home — including schools, a hospital, grocery stores and a golf driving range.

Meanwhile, the garrison that originally was on the outskirts of the city has been engulfed by high-rises as a burgeoning Asian metropolis rose from the ashes of the 1950-53 Korean War.

But the military moved its headquarters to a newly expanded Camp Humphreys, about 55 miles south of Seoul, last year as part of a frequently delayed relocation plan that was signed in 2004.

That has prompted a steady closing of facilities and the base often feels like a ghost town, although 8,000 people are still based here.

The garrison is planning largely to vacate the property by the summer of 2020 as it begins the transition process, although no handover date has been set, according to the public affairs office.

“I couldn’t ever imagine that we would ever be able to see this place, said Park Young-mi, who was chosen by lottery to join the tour. “I hope that now it becomes a park so more people can come and see our own history,”

Eager to reclaim what has become prime property, South Korea’s Ministry of Land, Infrastructure and Transportation is overseeing the park’s development.

Kwon Hyuck-jin, the ministry’s director-general for urban policy, said the plan is to preserve buildings with historical value and to demolish the rest.

Of the 975 buildings, 110 were built in the Japanese colonial era, he said, adding that the government will solicit public opinion before finalizing details.

“I see a very promising future for our country to provide an excellent national park here for the citizens of Seoul and other cities as well,” Kwon said. “But it will take a very, very long time.”

Authorities also will need to address any environmental problems; activist groups have raised concerns about oil leaks and other issues over the years.

The biggest surprise for many was to discover that the base is full of historical sites ranging from ancient funerary statues to guard posts and other buildings built by the Japanese.

The first stop of the tour was a red, brick building that housed the Japanese army stockade, which was built in 1909, according to a plaque. It’s pockmarked with bullet holes from the subsequent Korean War.

Shin said the complex was a grim reminder of the brutal Japanese occupation that began a rivalry the two nations have yet to overcome.

“I was so sad and felt broken-hearted when I saw it,” she said. “The prison made a lasting impression on me, so I understand more why our people don’t like Japan.”

Other sights included the so-called White House, which used to be home to U.S. Forces Korea and is still headquarters for the U.S.-led Combined Forces Command. A stone bridge that crosses the Mancho stream, which used to run freely through the city but has been covered with concrete everywhere else but the base.

Kim Hee-jung, 35, a teacher at the nearby Sookmyung Women’s University, addressed concerns that private developers might try to grab the property.

“Rather than making an apartment complex, I want it to be turned into a park that we can share together, a place to share,” she said.

Min Woon-ki, 71, a South Korean veteran, said he served with American soldiers in the late 1960s and was enjoying a glimpse of his old stomping grounds.

As the bus drove past the hospital, he recalled one of his comrades who was wounded and taken there to be treated.

“This place used to be crowded with American soldiers, but now they’re mostly gone, so it feels empty,” he said. “The park is the best idea for developing this area. It would be bad to let private developers take it over so it can’t be enjoyed by the public.”

The cherry blossom trees that line both sides of 1st Corps Blvd., one of the main roads on post, provide a vivid example of the park it could become.

“The Japanese army used this road during big maneuvers and events, so they planted the cherry blossoms tree because it’s their national flower,” said Kim Chun-soo, a local historian who served as the tour guide.