South Korean parliament ratifies cost-sharing accord with US 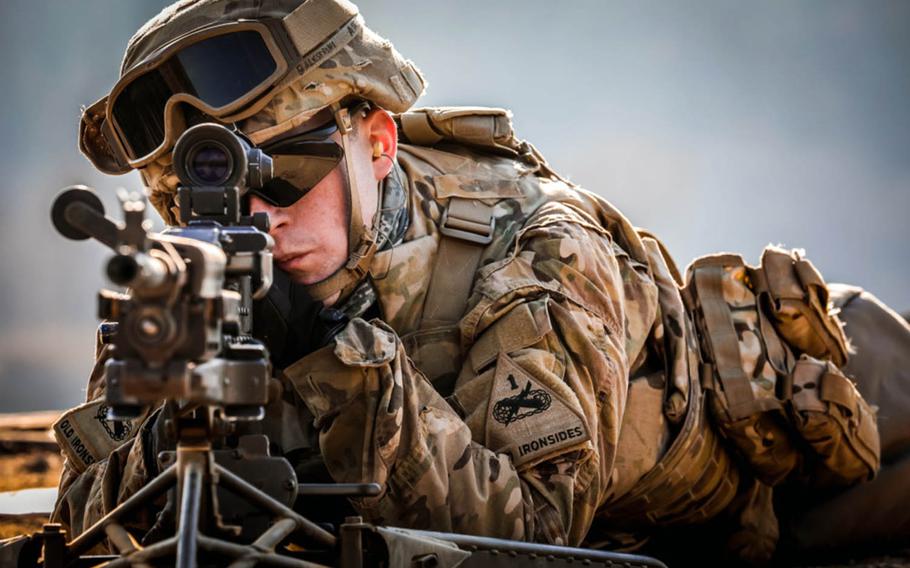 S. Korea's parliament agreed Friday to pay a higher share of the cost to keep U.S. troops there, like Sgt. James Balestrini, shown here on a firing range in South Korea on Jan. 25, 2019. (Alon Humphrey/U.S. Army)

The so-called Special Measures Agreement calls for an 8.2% increase in the amount South Korea pays to offset the expense of stationing some 28,500 U.S. troops on the divided peninsula. The agreement was to retroactively take effect from Jan. 1 and will remain in force until Dec. 31.

The new contract will only last one year as part of a compromise reached last month after the longtime allies failed to meet a Dec. 31 deadline when the previous, five-year version expired.

Talks stalled over U.S. demands that Seoul pay significantly more for its own defense. President Donald Trump’s administration reportedly insisted that South Korea and other allies pay the full cost of hosting American troops plus a 50% bonus.

The demand almost derailed talks with the South when Trump overruled his negotiators with a note to national security adviser John Bolton saying, “We want cost plus 50,” Bloomberg reported last month.

The new agreement, which was signed by both sides, calls for South Korea to pay 1.04 trillion won ($915 million) this year, up from 960 billion won last year.

South Korea’s National Assembly approved the measure 139 to 33, with 22 abstaining on Friday. The United States does not require congressional approval.

Seoul and Washington notified each other that requisite domestic procedures had been completed, according to the South Korean foreign ministry.

“This move is expected to provide conditions for the stable stationing of American troops here and to greatly contribute to strengthening the alliance and building trust between the two countries,” it said in a statement.

The reported “cost-plus-50” dispute had threatened to undermine the U.S.-South Korean alliance at a critical time as they seek to show solidarity amid diplomatic efforts to persuade the North to give up its nuclear weapons.

South Korea has hosted U.S. troops since the two countries joined forces against the communist-backed North in the 1950-53 war, which ended in an armistice instead of a peace treaty.

Trump has complained that maintaining troops in South Korea is too expensive and said in the past that he would like to bring them home. But he insists that troop numbers are not part of the equation in nuclear talks with the North.