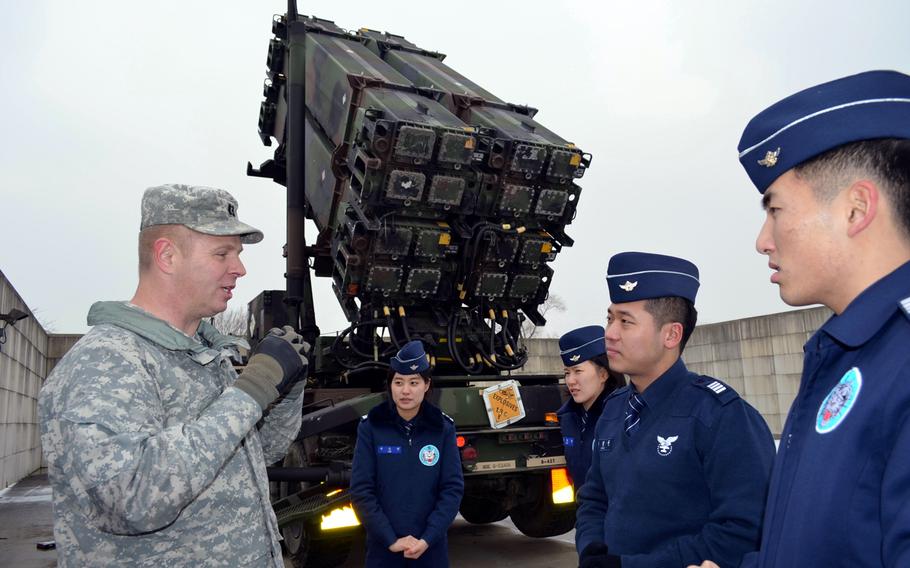 SEOUL — The United States is not the only country facing deep cuts in its troop levels.

South Korea has announced plans to shrink its armed forces by almost one-fifth in the next eight years while increasing the number of non-commissioned officers with specialized skills, according to the Ministry of National Defense.

The military will cut its active duty from 640,000 to 522,000 by 2022, with the ministry citing the country’s declining birth rate as the reason for the downsizing. All able-bodied men are required to complete two years of military service, but officials say fewer men will be available to serve.

The bulk of the cuts will come from the Army, which relies heavily on men completing their mandatory service, with the number of soldiers expected to be cut from 498,000 to 387,000. Other branches of the military are expected to maintain their current troop levels: 41,000 for the Navy, 65,000 for the Air Force and 29,000 for the Marines.

Under the plan, announced earlier this month, the number of non-commissioned officers will increase from 116,000 to 152,000.

“South Korea’s ability to defend itself should not be weakened,” an MND spokesman said, speaking on customary condition of anonymity. “So we’re changing our future corps and innovating.”

The MND official said ongoing budget constraints would not affect the military’s plan to increase the number of NCOs as long as the budget increases each year by 7.2 percent. However, the National Assembly has approved only a 4 percent increase in defense budget spending for this year, another MND official said.

U.S. Forces Korea would not answer questions about how South Korea’s planned reduction in forces would affect the 28,500 U.S. troops regularly stationed on the peninsula, or whether U.S. military officials had any concerns about the plan.

Instead, USFK said in an email that “the ROK military is a highly capable and professional force and is increasing its ability to lead the defense of its country. Together, the ROK-U.S. Alliance will continue to defend the Republic of Korea.”

An MND spokesman would not say whether the U.S. had expressed concerns about the upcoming force reductions but said that “it had nothing to do with the U.S.”

The announcement of South Korea’s reduction in forces comes amid ongoing concerns about the threat posed by North Korea, which have prompted Washington and Seoul to consider delaying the scheduled December 2015 handover of wartime operational control of allied forces from a U.S. to a South Korean commander. Seoul requested the delay after North Korea’s third nuclear test in February 2013 and an extended period of unusually bellicose threats from Pyongyang last year.

North Korea has the fourth-largest military in the world, with 70 percent of its ground forces and 50 percent of its air and naval forces stationed within 100 miles of the Demilitarized Zone, according to a Department of Defense assessment released earlier this month.

The U.S. Army’s chief of staff said last week that a possible conflict with North Korea poses the most danger for deploying American troops. Gen. Ray Odierno, speaking at a forum in Washington, D.C., said a war on the Korean peninsula would be “incredibly difficult” and “incredibly dangerous” and warned about the possibility of miscalculation escalating a potential conflict.

South Korea’s planned force reduction also comes during a sensitive period for Washington and Seoul. After months of negotiations, the two nations in January approved a new defense spending agreement that increases South Korea’s contributions toward the upkeep of U.S. troops on the peninsula by almost 6 percent.

South Korea’s National Assembly has yet to approve the agreement, and some politicians insist it should be renegotiated.