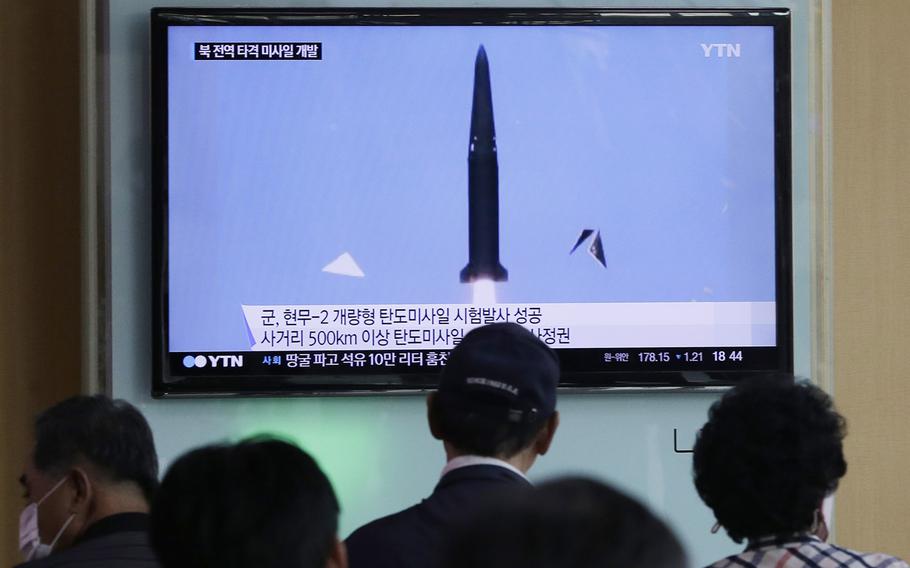 SEOUL, South Korea -- South Korea on Wednesday successfully test-fired a domestically built ballistic missile that can hit all of North Korea, an official said, amid continuing animosity between the rivals over the North's push to bolster its nuclear and missile capabilities.

The missile, which had a reported range of more than 500 kilometers (300 miles), was fired from a southern launch pad, said an official at Seoul's Defense Ministry who spoke on condition of anonymity because of office rules. President Park Geun-hye watched the launch, according to her office.

At the same launch pad Wednesday, South Korea tested another missile aimed at shooting down an enemy ballistic missile, the defense official said.

There was no immediate response from North Korea, which is heavily sanctioned for its past long-range rocket and nuclear tests and considers U.S. and South Korean military drills a preparation for an attack.

South Korea struck a deal with the United States in 2012 that allows Seoul to possess longer-range missiles to better cope with North Korea's nuclear and missile threats.

The North's recent claim to have test-fired a missile from a submarine caused security worries among many South Koreans who suspect that Pyongyang is working on harder-to-detect means to launch attacks. The North also recently reiterated its claim that it had built a nuclear warhead small enough to be mounted on a long-range missile.

Foreign analysts are skeptical about both claims. But they agree that the country has made progress in its efforts to possess a nuclear-tipped missile that can threaten the U.S. and South Korea. International disarmament talks on the North's atomic weapons program remain stalled.

The Korean Peninsula remains officially at war because the 1950-53 Korean War ended with an armistice, not a peace treaty. The U.S. stations about 28,500 troops in South Korea as deterrence against possible aggression from North Korea.

© 2015 The Associated Press. All rights reserved. This material may not be published, broadcast, rewritten or redistributed.