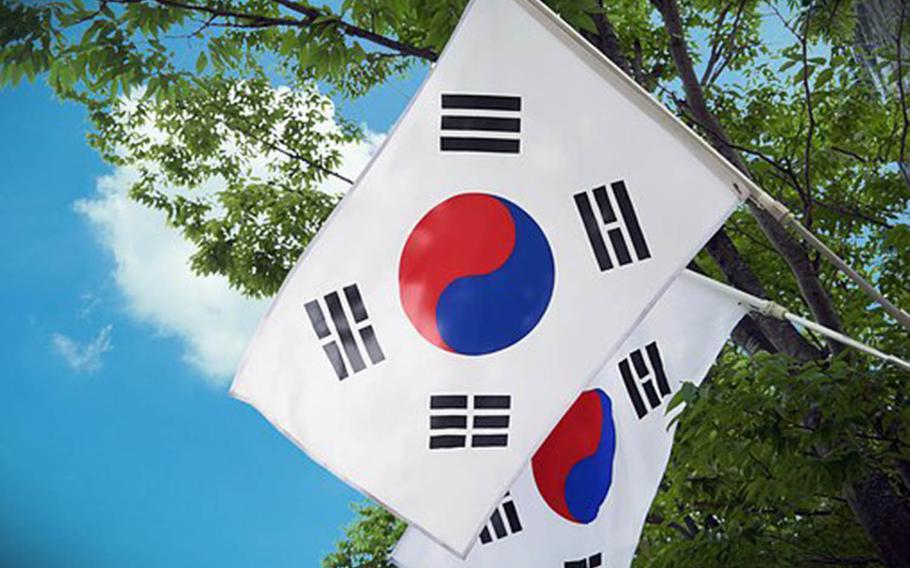 South Korea, its flag shown here in an undated photo, left open the possibility Wednesday, Aug, 28, 2019, that it could reverse its decision to withdraw from an intelligence-sharing pact with Japan. (Pixabay)

South Korea, its flag shown here in an undated photo, left open the possibility Wednesday, Aug, 28, 2019, that it could reverse its decision to withdraw from an intelligence-sharing pact with Japan. (Pixabay) SEOUL, South Korea — South Korea said “the ball is now in Japan’s court” as it has offered to reconsider its exit from a military intelligence sharing pact with Japan if Tokyo lifts export curbs that officially took effect on Wednesday.

Seoul has been put on the defensive since it announced its decision to terminate the General Security of Military Information Agreement, or GSOMIA, last week, drawing unusually blunt criticism from the United States.

The move has raised concerns about a rift in the longtime alliance between Seoul and Washington at a sensitive time as North Korea has resumed missile tests amid stalled talks over ending its nuclear weapons program.

The allies also are gearing up for what are likely to be contentious defense cost-sharing negotiations, with President Donald Trump’s administration demanding a sharp increase in the South Korean contribution as the current contract is due to end at the end of the year.

South Korean officials insist that Japan provoked the dispute by announcing last month that it was restricting the export of chemicals needed by manufacturers of semiconductors and display panels and removing the South from a list of trusted trading partners.

Seoul believes the move was economic retaliation for its legal moves seeking compensation for Japan’s brutal 1910-45 occupation of South Korea. Tokyo denies that, saying the export restrictions were imposed for security reasons.

The Japanese measure removing South Korea from a list of countries that enjoy minimum trade restrictions on goods, including electronic components that could be diverted for military use, took effect at midnight Wednesday, according to the Kyodo news agency.

Kim stressed that South Korea Prime Minister Lee Nak-yeon has said the decision could be reconsidered within the three months before it expires “if the two sides could reach a solution in the ensuing period and if Japan withdraws the unwarranted measures.”

“Let me point out that the ball is now in Japan’s court,” Kim said.

Japanese officials have reportedly said the export restrictions were needed because some of the restricted items had slipped into North Korea.

South Korea has strongly denied that and said Tokyo is masking the fact that it’s retaliating against last year’s Supreme Court ruling that Japanese corporations should compensate Korean victims of forced labor during the colonial period.

Japan insists that all claims from the colonial period were resolved by a 1965 treaty that normalized relations between the two countries.

The military information agreement, which was signed in 2016, streamlined the intelligence-sharing process by enabling Tokyo and Seoul to communicate directly instead of having to go through Washington.

The three countries have other information-exchange mechanisms, but experts say the agreement’s cancellation will likely slow the process.

The State Department and the Pentagon expressed deep disappointment and concern.

The United States maintains some 28,500 servicemembers in South Korea and 54,000 in Japan, as well as supersonic bombers and other strategic assets serving as a bulwark against North Korea and China.

Kim, the national security adviser, dismissed concerns about the U.S.-South Korean alliance, which has been in effect since the 1950-53 Korean War ended in an armistice instead of a peace treaty.

South Korea held close consultations with the United States in the run-up to the decision to cancel the intelligence sharing pact, Kim said.

“It is understandable that the United States may express its disappointment over the (South Korean) government’s decision to terminate GSOMIA as it had continuously hoped for the maintenance of the agreement,” he said.

He stressed that South Korea will redouble its efforts to strengthen its own defense capabilities, including the acquisition of military reconnaissance satellites, light aircraft carriers and next generation submarines.

The U.S.-South Korean alliance “is a huge tree with deep roots stretching back 66 years based on common values such as democracy and market economy,” Kim said. “This will not be easily shaken by the GSOMIA issue.”