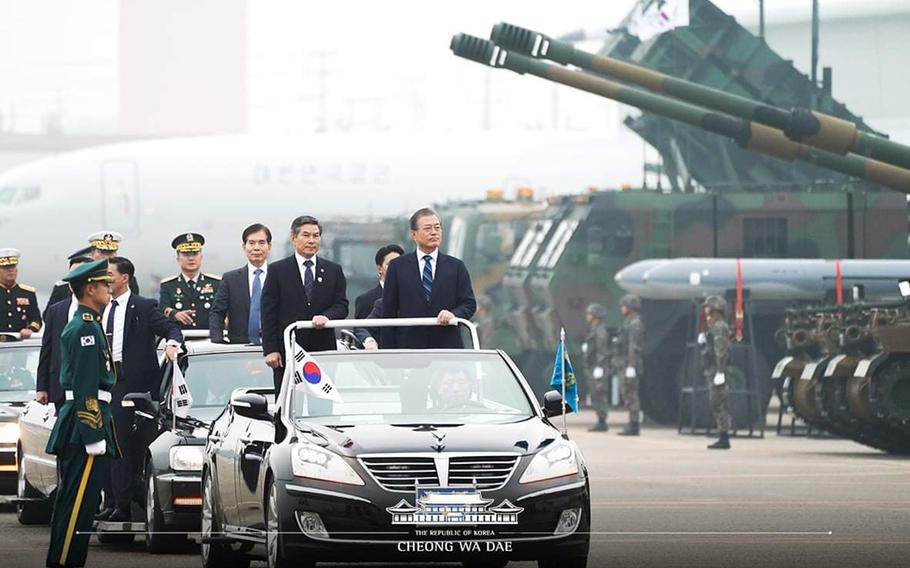 SEOUL, South Korea — South Korea has moved a Patriot anti-missile battery to the center of Seoul in a bid to beef up its defense against the growing threat from the North, a local news agency reported Tuesday.

The Patriot unit was transferred earlier this month from a southeastern region to a military base in the mountainous area behind the presidential palace known as the Blue House, according to Yonhap News Agency.

The move came as the North has threatened to unveil a new strategic weapon “in the near future” as tensions rise over stalled nuclear talks between Pyongyang and Washington.

The Patriot battery was believed to be equipped with PAC-2 and PAC-3 missiles designed to intercept incoming aircraft and missiles at altitudes of around 12-25 miles, Yonhap said.

South Korea’s Defense Ministry said it couldn’t comment on military positioning due to security concerns. A South Korean air force official, who spoke on condition of anonymity, confirmed that a Patriot unit had been moved to Seoul recently but declined to provide more details..

North Korea conducted 15 weapons tests last year that stopped short of violating its pledge not to fire long-range missiles but showed progress in developing short-range rockets that could target South Korea, Japan and U.S. forces stationed in those countries.

“Saber-rattling and threats don’t do anybody any good,” he said Tuesday during a televised address to mark the new year. “Our government will make every possible effort to facilitate North Korea-U.S. dialogue.”

He also urged Kim to follow through on a promise to visit Seoul that was made during Moon’s trip to Pyongyang for a summit last year.

“I hope South and North Korea can make joint efforts so that the conditions for Chairman Kim Jong Un’s reciprocal visit can be arranged at an early date,” Moon said.

North Korea has largely ignored Seoul’s outreach amid the diplomatic deadlock with Washington.

But it has stepped up rhetoric criticizing South Korea’s longstanding alliance with the United States and accused Seoul of violating a bilateral military agreement by deploying fighter jets and other defensive measures.

South Korea and the United States both have Patriot units stationed on the divided peninsula. Washington also has deployed an advanced anti-missile system known as THAAD in the southeast to intercept threats at a higher altitude.