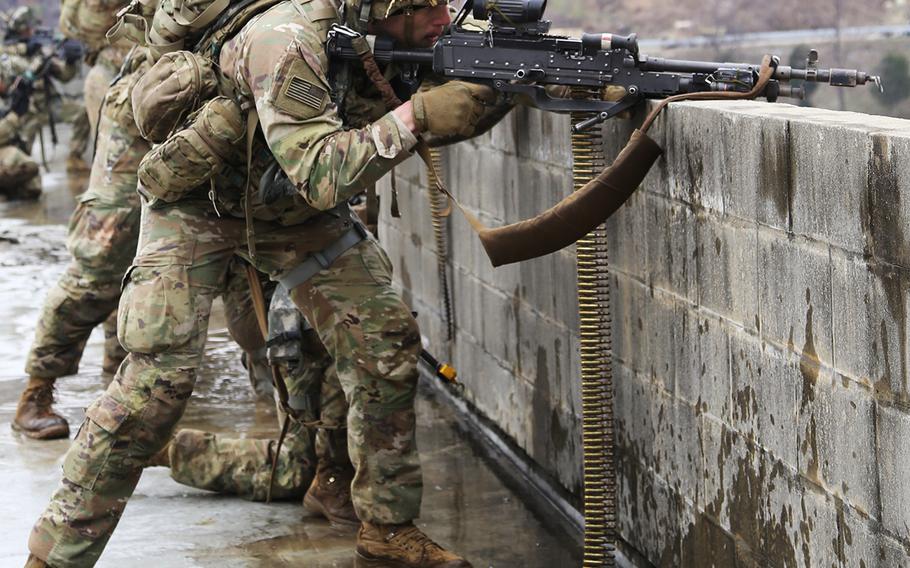 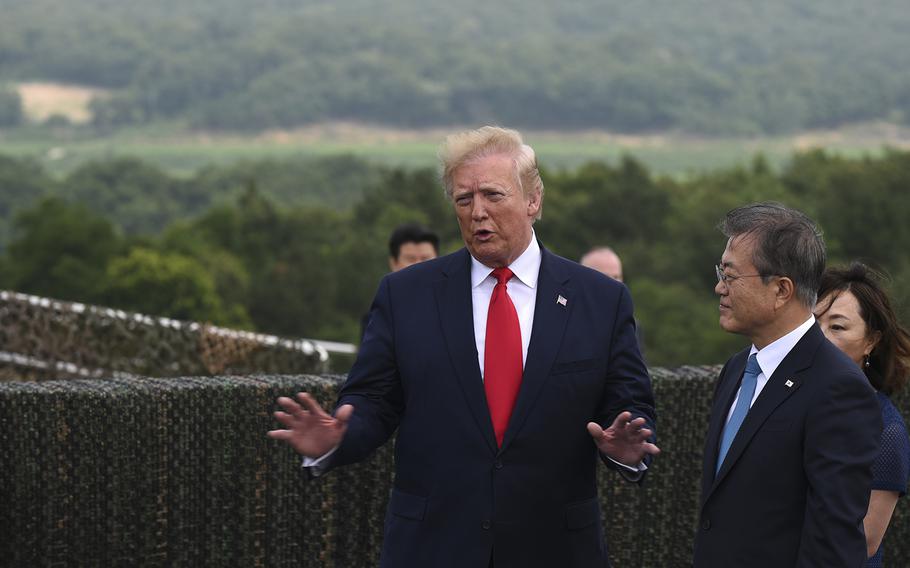 SEOUL, South Korea — South Korea on Sunday played down a report that the White House is weighing options to reduce the U.S. military presence on peninsula, saying the allies have not discussed the issue.

The Pentagon provided proposals for cutting the number of troops in South Korea to the White House in March as part of an overall review of how to reposition and potentially reduce military deployments around the world, the Wall Street Journal reported Friday.

It cited unnamed officials who declined to provide details and said no decision has been made.

South Korea’s Defense Ministry said Sunday that it has had “no discussions about cutting the number of U.S. troops here” with the Defense Department.

Call for optionsHowever, the administration’s call for options, which the Journal said was first made last fall, came against a backdrop of growing tensions between the two allies amid tough negotiations over defense cost-sharing.

President Donald Trump’s administration also has signaled it’s eager to restart nuclear talks with North Korea — which considers U.S. troops an existential threat — as a foreign policy win ahead of the November election.

Talks have stalled on both fronts, with South Korea rebuffing Trump’s demands for a multibillion dollar increase in its contribution to offset the cost of stationing more than 28,500 troops on the divided peninsula.

Duyeon Kim, a Seoul-based senior adviser with the International Crisis Group, said a proposal for cutting troops may be a negotiating tactic but would not likely succeed if so.

“I’d be surprised if Seoul gave him his asking price just to keep U.S. troops in Korea,” she said in an email, adding that the South Koreans would likely wait to resolve the issue until after the U.S. presidential election in November.

“The report reiterates to South Koreans that Trump takes a transactional approach to alliances, instead of one based on common values, which is insulting and offensive to them,” she said.

Kim also said a move to reduce the U.S. military footprint on the divided peninsula would send a negative signal about America’s commitment to security in the region.

“It delivers an easy win for China, North Korea, and Russia that want to reduce American influence in the region,” she said in an email. “If U.S. troops are drawn down without reducing North Korean threats first, the U.S. will look weak.”

Growing signalsTrump has often complained about the cost of stationing troops overseas and has said he would like to bring them home.

He agreed to end joint military exercises with South Korea in what was seen as a major concession during his first summit with North Korean leader Kim Jong Un.

Trump also approved a plan last month to cut nearly a third of the 34,500 American service members in Germany, prompting speculation that South Korea could be next.

Richard Grenell, the former ambassador to Germany, stoked those concerns during a video interview last month with the German newspaper Bild.

“We want to bring troops from Syria, Afghanistan, Iraq, from South Korea, Japan and from Germany,” he said.

“American taxpayers are getting a little bit tired of paying too much for the defense of other countries,” he said. “This has been a very clear political point that President Trump has made for a long time.”

“South Korea is wealthy with a capable military—it has the wherewithal to deter North Korea, a desperately poor, weak nation,” Davis said in a commentary.

Strong oppositionAny move to reduce the U.S. troop presence in South Korea would face many obstacles.

U.S. legislators on both sides of the political aisle have raised concerns, with Congress including restrictions on drawing down troops in last year’s funding bill. Similar legislation is being considered this year.

“Troop withdrawal is not a popular idea in Washington,” said John Delury, a professor at Yonsei University in Seoul.

But, he said, the context may not matter if Trump thinks it will impress his supporters as well as divert attention from criticism over his administration’s handling of the coronavirus pandemic.

“The underlying substance of negotiations with North Korea and South Korea are immaterial,” Delury said in a telephone interview.

“It is about whether the optics work and the timing of the theatrics of bringing thousands of troops home … and doing that to get a boost going into the November election. That’s the logic we can expect from the White House,” he added.

U.S. Forces Korea declined to comment on the report but stressed it remain committed to the alliance, which was forged in the 1950-53 Korean War.