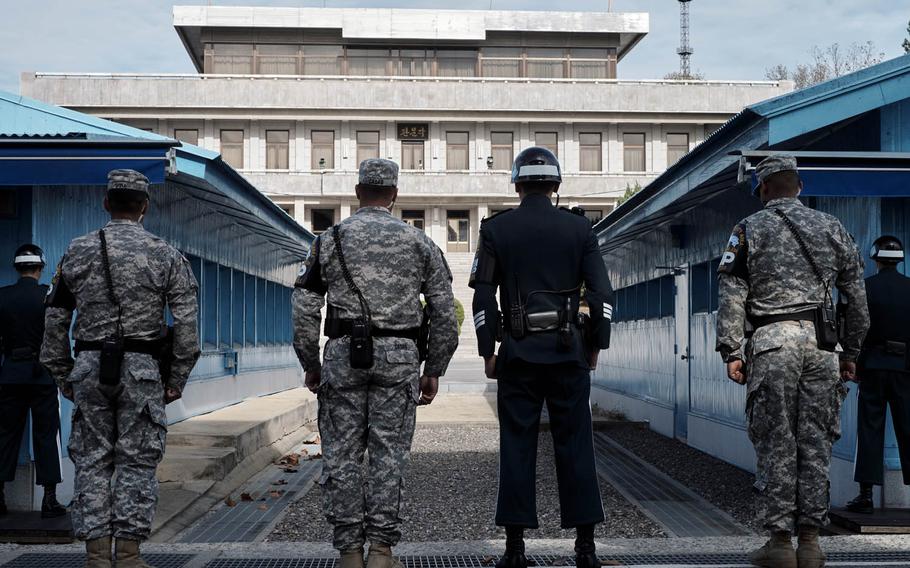 The initial planning phase for the 3.6 billion won ($3.1 million) project should be complete by next year, with further systems development slated through 2019, multiple defense officials told Stars and Stripes on condition of anonymity, which is customary in South Korea.

The sensors would be capable of notifying commanders of early-stage movement by North Korean special operations in the event of an attack, according to a statement from South Korea’s Defense Acquisition Program Administration.

Concerns over DMZ movement increased in August when two South Korean soldiers were maimed by land mines planted near a guard post. South Korean officials labeled the incident a “clear provocation” by North Korea and vowed retaliation. Pyongyang expressed regret for the incident but did not admit involvement.

South Korean defense officials denied media reports Tuesday that the sensors would definitely be concentrated along the DMZ’s southern border. While no one ruled out placement on the southern end, officials said Tuesday that the sensors could also be placed along other parts of the DMZ, which is 2 ½ miles wide and runs for about 150 miles across the Korean Peninsula.

The DMZ was established in 1953 following the armistice between the North and United Nations forces led by the United States. The U.S. maintains a small contingent of soldiers there at the Joint Security Area in Panmunjom.

About 28,500 U.S. troops are based in South Korea under the terms of a bilateral security treaty.