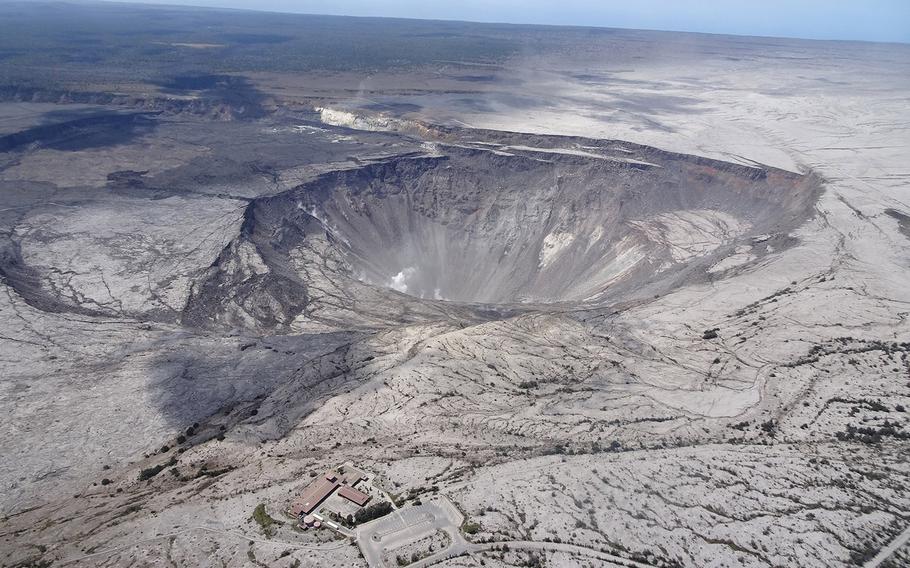 An aerial view of the Kilauea summit from 2018. (U.S. Geological Survey)

A soldier survived a 70-foot fall onto a ledge inside Hawaii's Kilauea volcano this week after hopping a railing to get a better look at the crater.

The 32-year-old Schofield Barracks soldier was on the Big Island as part of a training mission, Army officials told Hawaii News Now. He climbed over a permanent metal railing at the Steaming Bluff overlook to get closer to the edge of a 300-foot cliff and fell at about 6:30 p.m. on Wednesday, according to a statement from Hawaii National Park.

Onlookers alerted the park staff right away, and about two and a half hours later the injured man was found on a narrow ledge about 70 feet from the cliff edge. Ropes and a litter were used to rescue him, according to the park. He was airlifted to the hospital in critical condition, but was upgraded to stable on Thursday, according to NPR.