Snorkeler arrested after trespassing onto coastal US Marine base on Okinawa 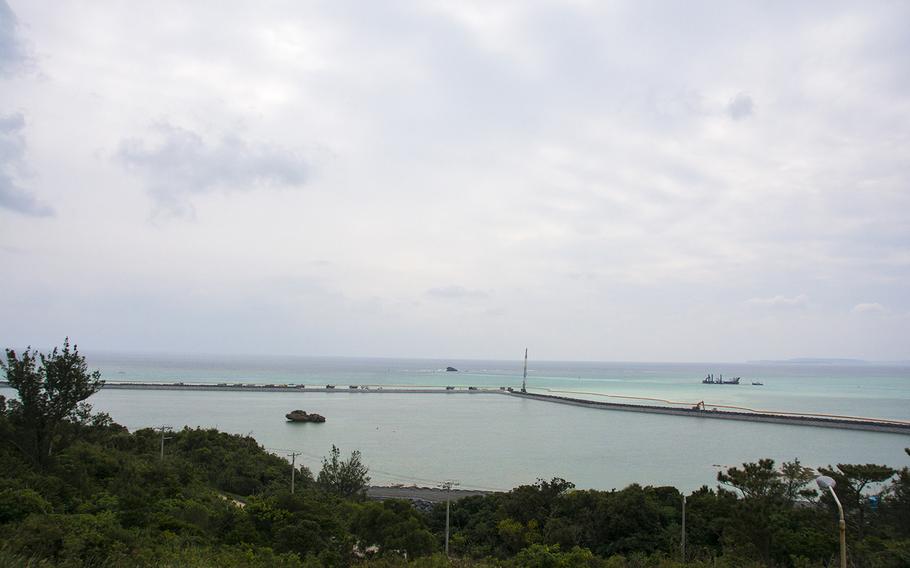 Buy Photo
Landfill work continues in March 2019 for a runway at Camp Schwab, a Marine Corps base on Okinawa. (Carlos Vazquez/Stars and Stripes)

Hours later, Edwards — who teaches English on Okinawa for a Japanese company — was handed over to officials from the Nakagusuku Coast Guard Office, who placed him under arrest, Yamada said.

The incident was still under investigation Monday and had not been referred to prosecutors, said Nakagusuku spokesman Yukihiro Miyagi.

Investigators believe Edwards, who has been released from custody, did not intentionally enter the remote installation, Miyagi said. However, Edwards could receive a year in prison or about $18.50 in fines if convicted.

Camp Schwab, home of the 4th Marine Regiment, has been the subject of frequent protests in recent years due to the planned relocation of air assets there from Marine Corps Air Station Futenma, which is slated for closure.