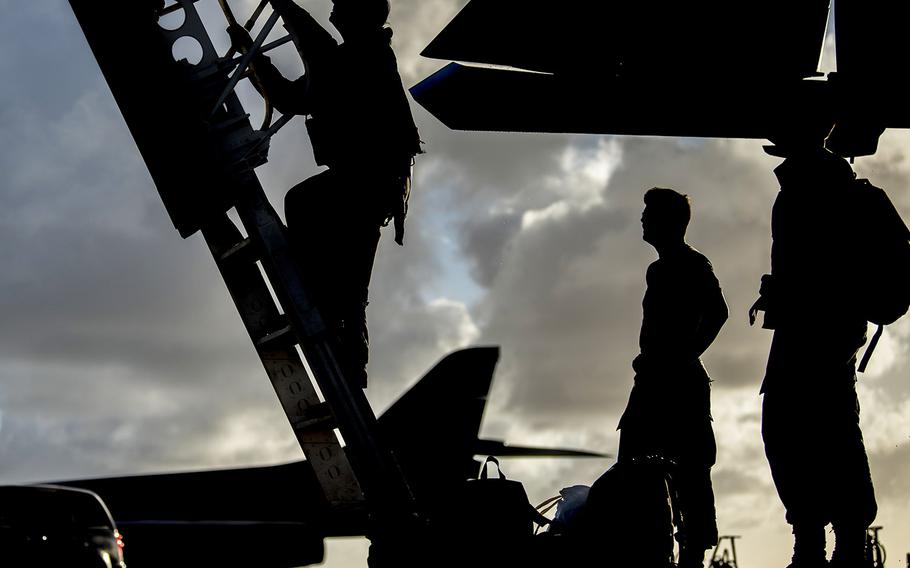 Seven service members belonging to a unit that had deployed May 25 to Andersen Air Force Base on Guam have tested positive for the coronavirus, the Air Force said Wednesday.

Upon arrival, members of the unit had been lodged at the Guam Reef Hotel in Tumon, the island’s main commercial district about 13 miles southwest of the base, a statement said. They all received medical checks at that time.

On June 11, one of the service members showed symptoms of COVID-19, the respiratory disease caused by the virus. That individual was tested by staff from U.S. Naval Hospital Guam and on June 12 found to be positive.

Six other service members who had close contact with the first individual have also been confirmed positive for the virus, the statement said. The Air Force did not disclose the dates that they tested positive nor the unit to which they belonged.

All service members with the unit have been moved to Andersen and placed in isolation, the statement said.

Brig. Gen. Gentry Boswell, commander of the 36th Wing, said in the statement that the base was working closely with the Guam Department of Public Health and Social Services and Joint Region Marianas to “coordinate prevention and response efforts.”

Joint Region Marianas, which manages Andersen and Naval Base Guam, announced last week that it was preparing to loosen restrictions put in place to slow the spread of the virus because infections had been on the decline.

Guam, a U.S. territory, had been in the headlines for weeks in April and May as the aircraft carrier USS Theodore Roosevelt was in port there dealing with a coronavirus outbreak that infected more than 1,100 crew members and killed one.

The commander of Misawa Air Base in northern Japan on Wednesday ordered all personnel to shelter in place for 24 hours after members of a visiting aircrew were found to be infected with coronavirus. The base is tracking down anyone on base who had significant contact with the infected individuals.