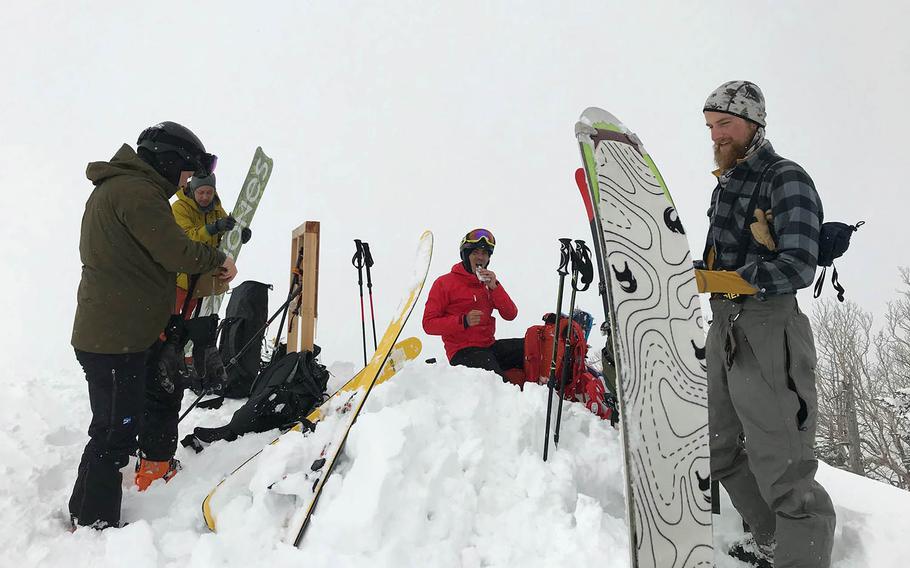 YOKOTA AIR BASE, Japan — The Air Force is alerting service members to exercise caution in the Japanese mountains after an airman was seriously injured during a recent snowboarding trip.

The accident was disclosed by Tech Sgt. Amy Lynn Koehler-Warren, occupational safety manager for the 374th Airlift Wing, in a Feb. 22 email to service members.

“This sport is fun but can be dangerous if the proper precautions are not followed,” wrote Koehler-Warren, who works at the home of U.S. Forces Japan in western Tokyo.

She did, however, provide a checklist for airmen planning snowboarding trips that advises them not to exceed their experience and skill level, inspect and maintain gear, obey posted signs, not stop on the slope, never snowboard alone, stay on-trail, wear a helmet and let someone know where they are going and when they will return.

Japan has experienced excellent skiing and snowboarding conditions this winter with extreme cold in the mountains. Service members at many bases have been authorized to take part in winter sports at a time when many other activities, such as contact sports and visiting bars and nightclubs, are prohibited because of the coronavirus pandemic.

Yokota’s Outdoor Recreation center, for example, has seven skiing and snowboarding trips planned this month to resorts in Nagano, Niigata and Fukushima prefectures.

However, those sports comes with risks. Avalanches claim the lives of skiers and snowboarders in the Japanese alps each winter. In February 2017, Mathew Healy, a physician assistant working for the Navy on Okinawa, was killed in an avalanche near the Happo-one ski resort in Nagano prefecture.

The potential dangers haven’t put off winter sports enthusiasts who have flocked to Japanese resorts in recent weeks.

Army Capt. James Bassette, 30, who arrived at Camp Zama outside Tokyo in October, has been skiing and snowboarding regularly this season.

“I don’t know if this is a normal season, but the amount of amazing champagne powder is on par or better than British Columbia (in Canada),” he said. “It’s effortless skiing through it.”