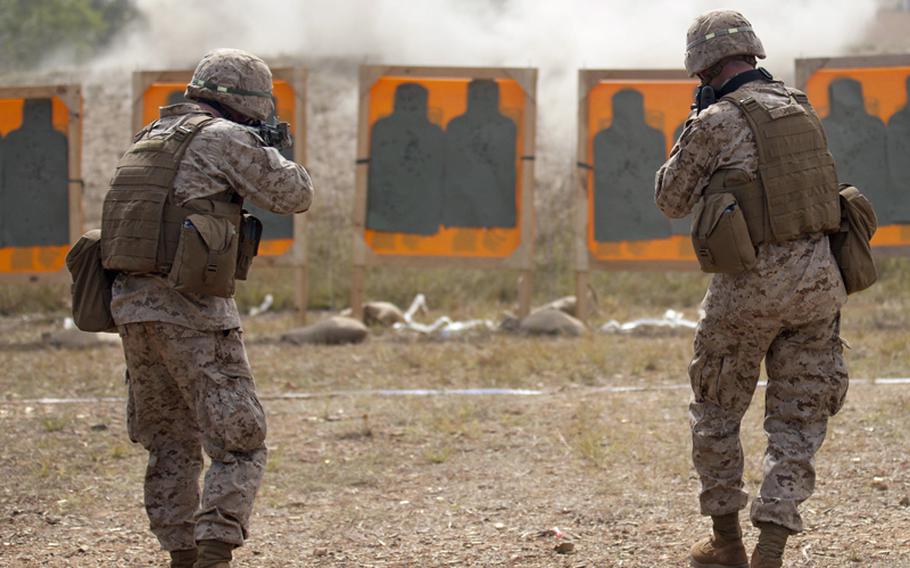 CAMP FOSTER, Okinawa &mdash; Despite a new deal recently struck by the U.S. and Japan, the Senate is poised to block any funding for the realignment of Marines in Japan and the Pacific for the second year in a row as it attempts to force the military into offering up better planning and cost estimates, according to the office of Sen. Jim Webb, D-Va.

A Senate Armed Services Committee draft of the National Defense Authorization Act released last week denies any money next fiscal year for shifting thousands of Marines from Okinawa to Guam and Hawaii because the Department of Defense has not provided a schedule of construction projects and costs as well as an explanation how the move fits into overall strategic goals in the region.

The Senate had already blocked funding this year for the massive reorganization of Marine forces, claiming previous plans were unaffordable and unrealistic.

The effort is supported by powerful Senate lawmakers, including Carl Levin, D-Mich., and John McCain, R-Ariz., the ranking members of the committee. However, the defense bill must still be approved by the full Senate in the coming months and will face a competing House version that includes some funding for Marine Corps realignment projects in the Pacific.

&ldquo;The NDAA expresses the Senate Armed Services Committee&rsquo;s unwillingness to authorize funding for realignment plans until it is provided details needed to assess the strategic impact, feasibility, and affordability of the lay-down&rsquo;s initiatives,&rdquo; Webb&rsquo;s office said in a news release over the weekend.

In April, the U.S. and Japan announced a new realignment plan that would cost $8.6 billion to shift about 9,000 Marines off Okinawa. But that dollar figure is only an initial estimate that is not based on specific construction projects that would be needed on Guam, where about 5,000 of those Marines will be relocated. The estimate also does not include costs for moving thousands of Marines to Hawaii, or the relocation of the controversial Futenma air station on Okinawa, which is expected to be paid for by Japan.

The Government Accountability Office cast doubt over U.S. and Japan cost estimates last year when it reported that a previous realignment agreement estimated at $10.27 billion would have actually cost nearly $24 billion when all expenses were tallied.

The SASC has again requested this week the military provide a master plan for the Pacific realignment project that includes a description of costs and schedules for the facilities and infrastructure needed to shift the Marines. A master plan has been in the works for years but never completed by the Department of Defense.

Before receiving any funding, the U.S. Pacific Command would also be required to weigh in on whether the plans provide what is needed to fight wars and assist with disasters in the region, according to Webb&rsquo;s office.