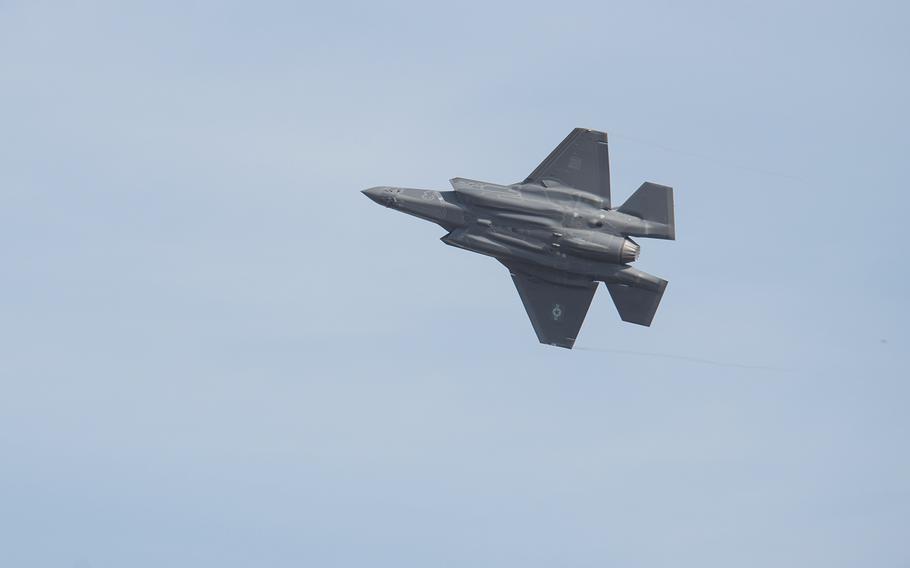 A monthlong search has recovered more pieces of a lost Japanese F-35A stealth fighter, including part of the aircraft’s canopy and flight data recorder, according to Japan’s defense minister.

The jet went down with its pilot, Maj. Akinori Hosomi, who remains unaccounted for, in the Pacific Ocean approximately 85 miles east of Misawa Air Base, its home field in northeastern Japan, just before 7:30 p.m. April 9. A search team found parts of the fighter’s left and right rudders in the water about two hours later.

Searchers discovered more of the aircraft, including part of its canopy and flight data recorder, sometime after May 3, Defense Minister Takeshi Iwaya told reporters during a news conference Tuesday.

The Defense Ministry and the Japan Self-Defense Forces are examining the parts. However, the recorder’s memory and storage medium have not been recovered, he said.

Damage to the aircraft was severe but searchers will do their utmost to recover more of it, including the flight data recorder’s memory, Iwaya said.

Vessels involved in the search include a Japan Maritime Self-Defense Force minesweeper and the Kaimei, a wide-area seabed research vessel owned by the Japan Agency for Marine-Earth Science and Technology, he said.

“Defense Ministry and Self-Defense Forces will cooperate with these vessels to continue to make efforts to discover and recover the missing pilot and the fuselage,” he said.

They will also make efforts to identify the cause of the accident, he added.

The crash was the first loss of an A variant of the fifth-generation stealth fighter anywhere in the world. A Marine Corps F-35B, capable of short takeoffs and landings, crashed in September near the Marine air station in Beaufort, S.C.

In that case, the pilot ejected and survived. The Pentagon identified a potential problem with fuel tubes and briefly grounded all F-35s while the aircraft were inspected, and suspect parts replaced, according to an October report in Marine Corps Times.

A U.S. Forces Japan spokesman referred questions about the search to the Japanese government.