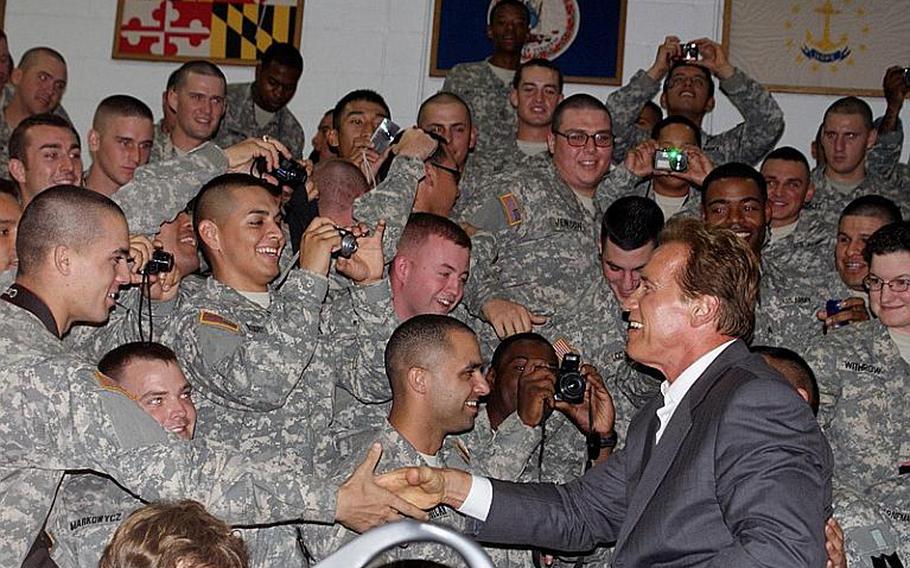 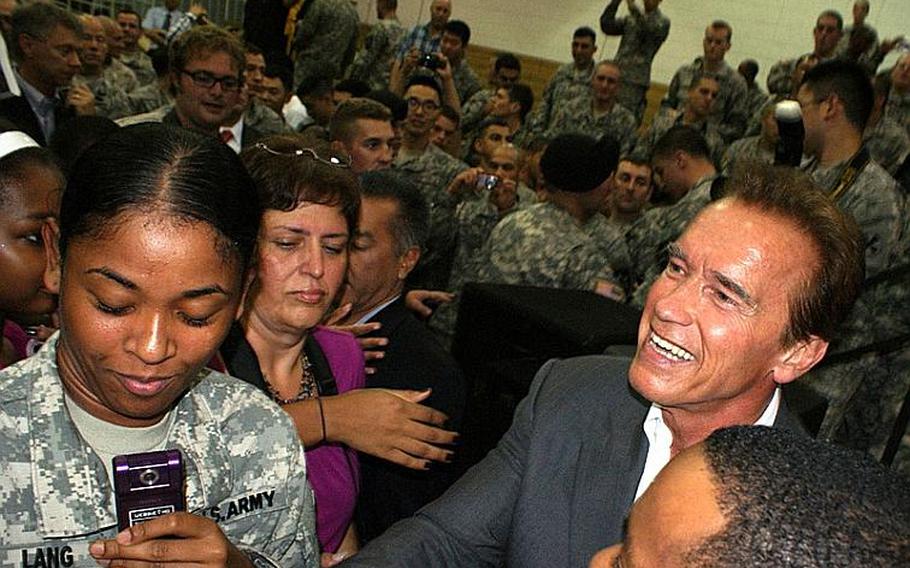 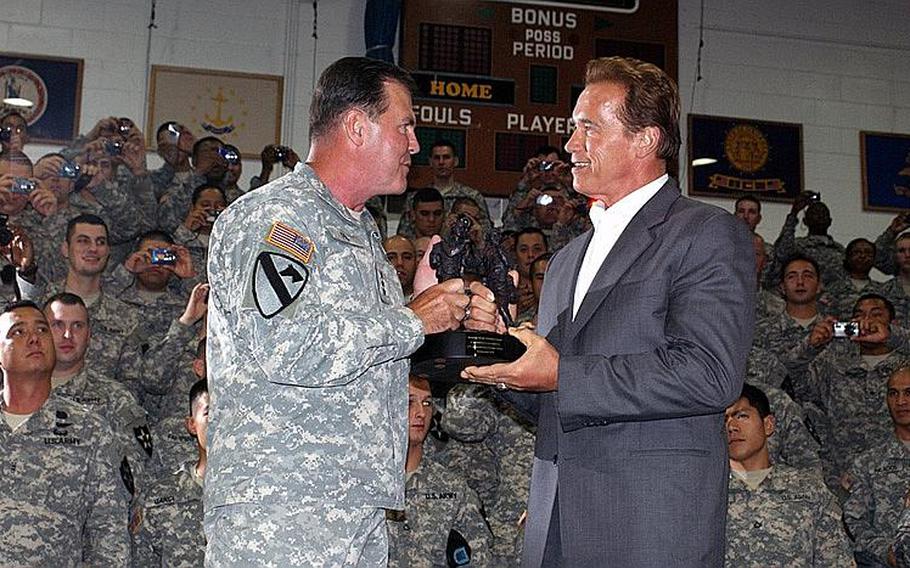 &ldquo;In my movies, I portray action heroes,&rdquo; he said. &ldquo;But you are the true action heroes.&rdquo;

Schwarzenegger spoke to a standing-room-only crowd of about 1,300 at Collier Field House before flying back to California, following a trip through Asia to promote trade with his state.

Despite a packed schedule Wednesday that included an appearance at Seoul&rsquo;s Lotte Department Store to promote California agricultural products and a ride on a high-speed train of the sort he hopes to promote in his home state, the governor was enthusiastic, grinning and posing for photographs.

Schwarzenegger&rsquo;s five-minute speech was peppered with references to his acting career &mdash; from dropping the names of costars Sylvester Stallone and Bruce Willis to quoting his most famous lines.

&ldquo;I came to pump up our economy and to say hasta la vista to our deficit,&rdquo; he said.

The biggest cheers came when the governor, who has spoken with troops around the world, said he planned to visit servicemembers in Afghanistan next year. He said he visits troops because of his debt to America and their role in protecting freedom.

&ldquo;I mean, where else can an Austrian farm boy go and end up being governor of California?&rdquo; said Schwarzenegger, who immigrated to the U.S. in 1968. &ldquo;Only in America.&rdquo;

Troops said they appreciated Schwarzenegger&rsquo;s short visit, which was announced just two days earlier. The governor visited China and Japan before arriving in South Korea. &ldquo;Not a lot of political figures actually come out like that,&rdquo; said Pvt. Michael Powell, one of dozens who were bused to Yongsan from Camp Casey for the event. &ldquo;It was a long bus ride, but it was definitely worth it to shake the governor&rsquo;s hand.&rdquo;

California native Pfc. Amber Rutherford, also stationed at Casey, turned 20 on Wednesday and said getting to shake the governor&rsquo;s hand was her birthday present.