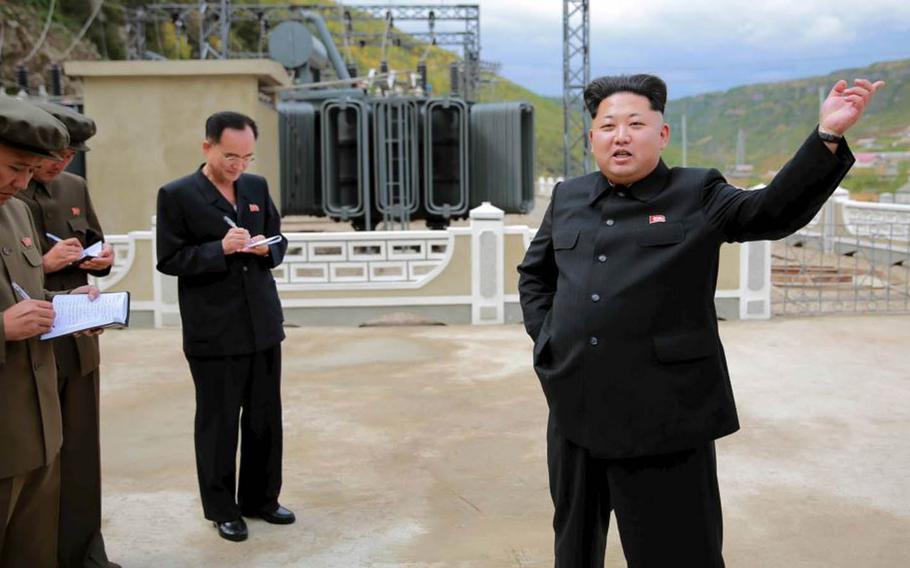 Images taken of the complex on May 22 show two railroad flatcars loaded with casks or tanks near the radiochemical laboratory, a small exhaust plume at the facility’s thermal plant and the replenishing of the coal stockpile for that plant. Similar flatcars were associated with reprocessing campaigns in the early 2000s, the website said Tuesday.

North Korea shut down the plutonium reactor at Yongbyon in 2007 as part of international nuclear disarmament talks that later stalled; however, it vowed to refurbish and restart the facility after its third nuclear test in 2013.

At maximum capacity, the reactor is capable of producing around 13 pounds of plutonium a year — enough for two nuclear weapons, 38 North said.

Tensions with the international community spiked this year after North Korea staged a fourth nuclear test followed by a long-range rocket launch, prompting tougher U.N. sanctions. Pyongyang has persisted with its efforts to build a nuclear-tipped missile that can reach the United States.

On Tuesday, it tried but failed for a fourth time to fire a powerful midrange ballistic missile from its eastern coast. South Korea’s Yonhap news agency, quoting unidentified sources, reported the missile exploded on a mobile launcher as soon as the ignition button was pressed. Military officials said they could not confirm that detail.

“The United States and the rest of the international community calls on North Korea to refrain from actions, including this failed missile test, that further raise tensions in the region and focus instead on taking concrete steps toward fulfilling its international obligations,” White House spokesman Josh Earnest told reporters.

North Korean leader Kim Jong Un’s nuclear ambitions have caused a rift with main ally China, which signed onto the latest round of U.N. sanctions. A top North Korean official, Ri Su Yong, traveled to Beijing this week in an apparent bid to normalize political ties between the countries.

North Korea’s state-run media reported that Ri told Chinese Communist Party officials that his country will not give up its policy of simultaneously pursuing both economic and nuclear development.