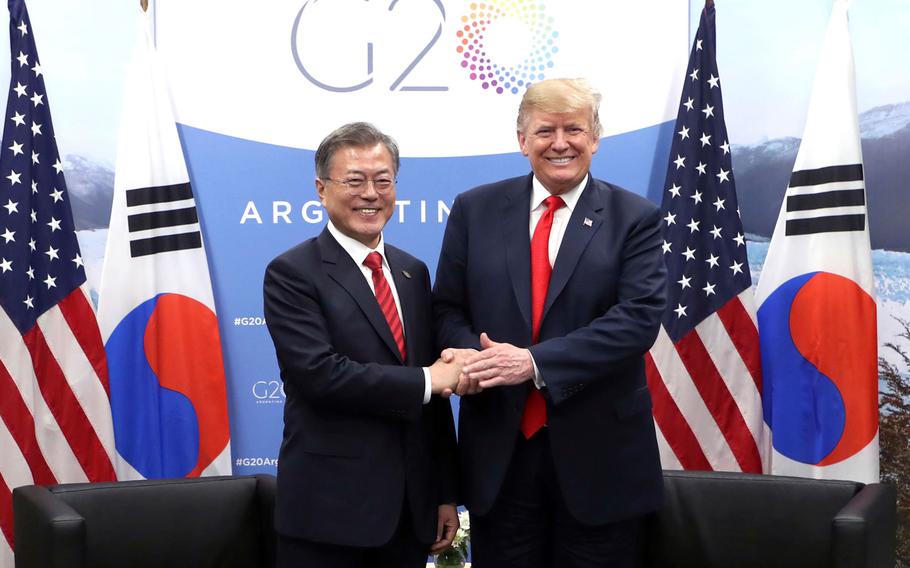 Moon’s comments came after the South Korean daily newspaper JoongAng Ilbo cited an unnamed source as saying Trump demanded $1.2 billion during their summit on the sidelines of the G20 summit in November.

Moon said that Trump sometimes raises the bilateral free trade agreement and defense cost-sharing during their talks – but never specific conditions or amounts.

“Not just President Trump but no leader of any country in the world speaks in such a manner,” Moon said, according to a transcript from his office. “Such reports can be an insult to President Trump.”

Reports about the amount demanded by the United States have varied widely as senior diplomats from both sides held 10 rounds of talks last year, trying to narrow the gap.

But Trump, who is known for his unpredictable leadership style and seemingly off-the-cuff remarks and tweets, has made clear that he wants more.

The dispute threatens the foundation of the decades-old alliance between the two countries at a sensitive time since Washington needs Seoul’s help in its efforts to persuade North Korea to abandon its nuclear weapons.

Many experts believe the president may use the standoff as an excuse to put troop numbers on the table during his expected summit with North Korean leader Kim Jong Un next month.

Moon, who has played mediator in the parallel nuclear talks, has dismissed that suggestion as well.

About 28,500 U.S. servicemembers are stationed in South Korea, which remains technically at war with the North after their 1950-53 conflict ended in an armistice instead of a peace treaty.