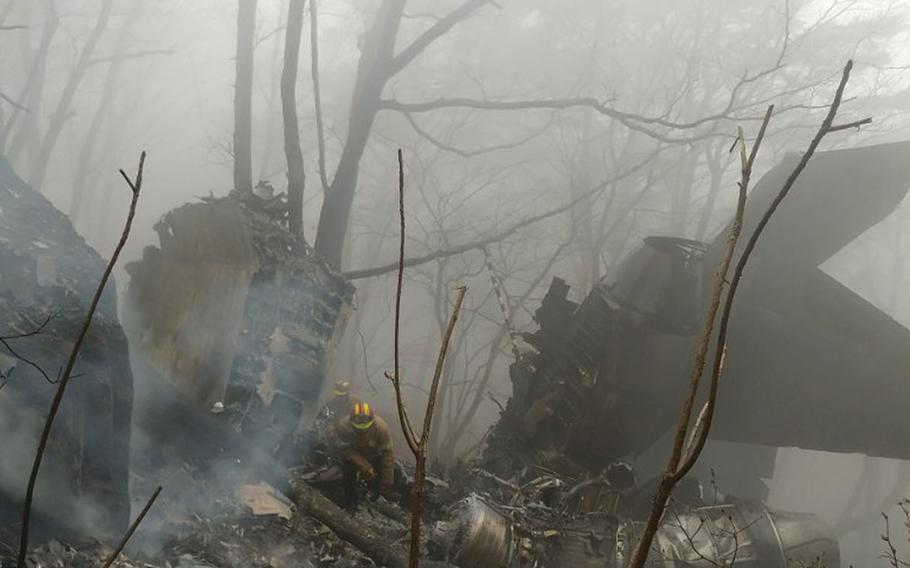 SEOUL, South Korea — Search crews recovered the body of one of two pilots of a South Korean fighter jet that slammed into a mountain Thursday while flying home from a mission.

The F-15K was on its way back to the Daegu Air Base when it crashed in the rural southern area of Chilgok, according to the air force. It said no civilian damages had been reported.

A defense ministry official, who declined to be named according to department rules, said the cause of the crash was under investigation.

The official said he did not know if the jet was on a mission as part of annual U.S.-South Korean war games that are underway on the divided peninsula.

The air force later said the body of the pilot who was sitting in the front seat had been recovered. It said it would resume the search for the co-pilot on Friday.

Local authorities said there was a thick fog in the area where the crash occurred.

The Yonhap News Agency reported that it was the first crash involving a Boeing-made Slam Eagle since 2006.

The U.S. military also suffered from three crashes this week, including an F-16 fighter jet that went down Wednesday during a routine aerial demonstration training flight in Nevada, killing the pilot.