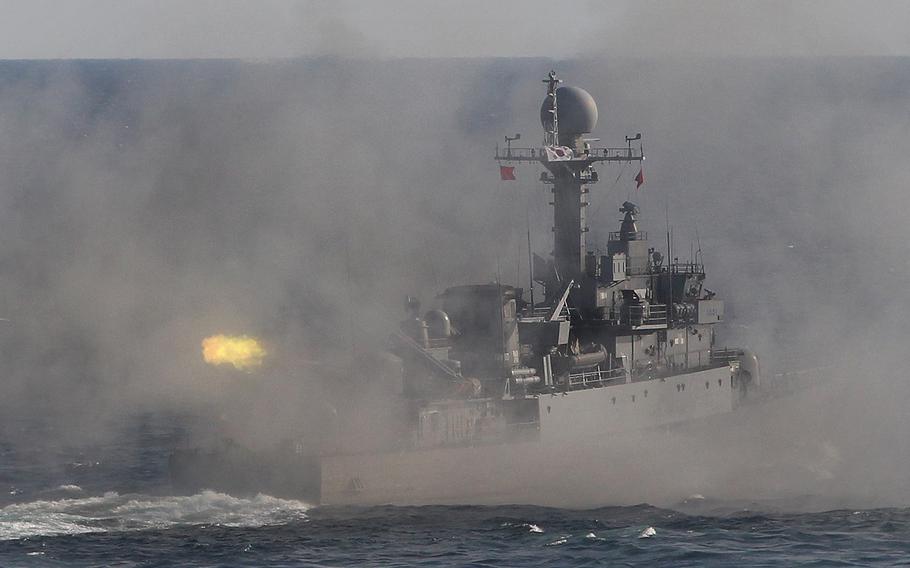 The incident, which lasted less than 10 minutes, occurred amid tensions on the divided peninsula that have spiked since Pyongyang staged its fourth nuclear test in January.

The North Korean fishing boat and a patrol vessel crossed the border in the Yellow Sea on the western edge of the peninsula around 7:30 a.m., and traveled about half a mile inside South Korean waters, a defense ministry official said.

Nobody was injured and the North Korean vessels did not fire shots or make contact, said the official, who spoke on condition of anonymity according to department policy.

It was the second time this year that a North Korean vessel sailed south of the border. South Korea also fired warnings shots to repel a patrol boat in February.

North Korea doesn’t recognize the sea boundary drawn by the American-led U.N. command at the end of the 1950-53 war, which ended with an armistice instead of a peace treaty. About 28,500 U.S. servicemembers are stationed in South Korea.

North Korean has staged a series of missile tests in the aftermath of the nuclear test, defying the international community’s calls for restraint and the imposition of tougher U.N. sanctions.

North Korea leader Kim Jong Un called for military talks aimed at easing tensions during a speech at a landmark Workers’ Party Congress in Pyongyang earlier this month. But the South has rejected the proposal as insincere because Kim also vowed to continue his nuclear weapons program.