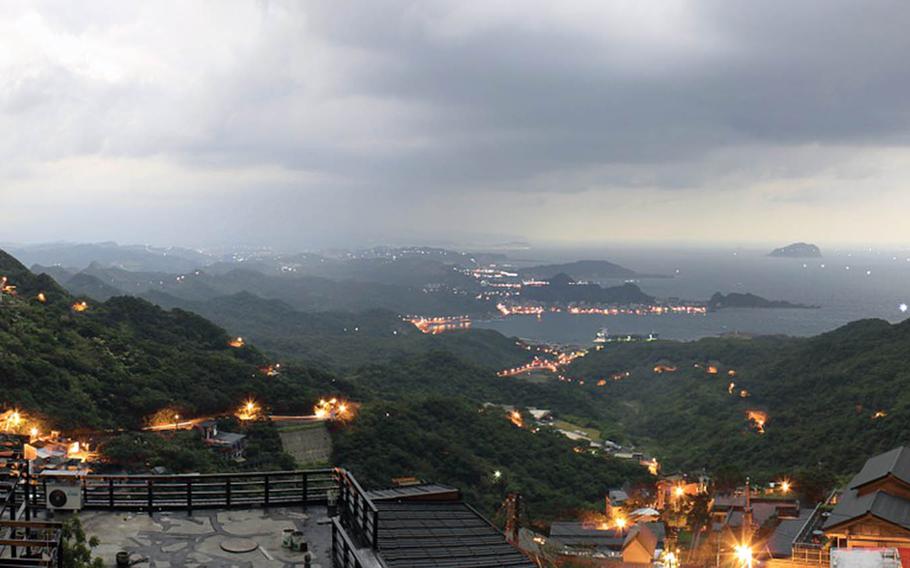 A spokesman from the Office of the Secretary of Defense told Stars and Stripes on Jan. 29, 2019, that the "objective of our defense engagement with Taiwan is to ensure that Taiwan remains secure, confident, free from coercion and able to engage in a peaceful, productive dialogue to resolve differences in a manner acceptable to people on both sides of the Taiwan Strait." (Courtesy of Pixabay;)

A spokesman from the Office of the Secretary of Defense told Stars and Stripes on Jan. 29, 2019, that the "objective of our defense engagement with Taiwan is to ensure that Taiwan remains secure, confident, free from coercion and able to engage in a peaceful, productive dialogue to resolve differences in a manner acceptable to people on both sides of the Taiwan Strait." (Courtesy of Pixabay;) 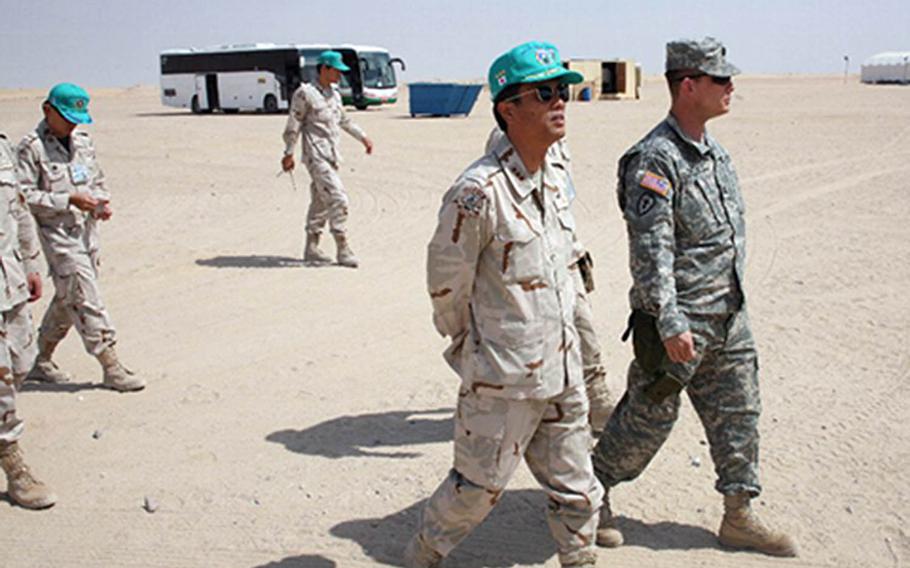 Retired Japan Air Self-Defense Force Lt. Gen. Kunio Orita, seen here with members of the U.S. armed forces in Qatar, says he believes China plans to invade and annex Taiwan by 2025 and Okinawa by 2045. (Via Facebook)

CAMP FOSTER, Okinawa — A former Japanese military officer recently made waves after saying he believes China plans to invade and annex Taiwan by 2025 and Okinawa by 2045.

The comments by retired Lt. Gen. Kunio Orita, a 35-year veteran of the Japan Air Self-Defense Force and a former commander of the 301st Tactical Fighter Squadron and 6th Air Wing, appeared last month in the English-language Taiwan News.

Orita, who retired in 2009 and is now a guest professor at Toyo Gakuen University in Tokyo, recently told Stars and Stripes he expects Beijing will attempt to expand its sphere of influence by first taking control of Taiwan and then militarizing a key disputed islet in the South China Sea.

Once that’s accomplished, he said, China will set its sights on Japan’s southern island prefecture, which hosts about half of the approximately 54,000 U.S. troops serving in Japan.

Beijing plans to force the United States out of Okinawa by fostering negative media coverage and supporting the anti-U.S. military protest movement on the island, the former general said.

“If China can push out the U.S. military from the region, it is possible that they can conquer the South China Sea and they will gain the power to stop any trade between Japan and other countries,” he said in a phone interview with Stars and Stripes on Jan. 28.

Shoal strategy The key to making this happen is building a naval port at Scarborough Shoal, an islet about 200 miles west of Manila in the South China Sea, Orita said. Beijing took control of Scarborough’s resource-rich lagoon from the Philippines in 2012.

“By building up their forces there, it will add tremendous pressure on surrounding countries,” he said, adding that China backed off plans to militarize Scarborough as it’s done on other South China Sea islets after U.S overflights of A-10 Thunderbolt IIs in April 2016.

A pair of B-52 bombers flew past the shoal in June, drawing condemnation from Beijing, according to The Associated Press.

However, Orita thinks Taiwan will be annexed first.

This will begin with China declaring a no-fly zone around the island nation, he said, adding that any aircraft that tries to come to Taiwan’s aid will be shot down.

Orita then expects Beijing to provoke and attack Taiwanese navy and air force assets, both on land and in the Taiwan Strait, which separates it from China. Next, he expects them to blockade the island until Taiwan’s government agrees to come to the negotiating table, where a pro-Beijing regime will be installed.

“After taking over Taiwan, China will gain more influence over Indo-Pacific shipping lanes, then China can start to add nuclear pressure on the countries in the Pacific,” he said.

Orita said China will then take the nearby Senkaku Islands, a disputed chain northeast of Taiwan and northwest of Japan’s Miyako island in the East China Sea also claimed by Japan and Taiwan, and encourage Okinawans to declare their independence from Japan.

The Chinese have long been antagonistic regarding the Senkakus.

In 2016, China sailed an aircraft carrier between Miyako and Okinawa’s main island. There have been frequent overflights of Chinese military aircraft in the same space since then, Japanese defense ministry officials told Stars and Stripes last year.

“China keeps pushing up the territorial line every year by breaking into Miyako-Okinawa,” Orita said.

The communist super power has also been “dumping money to influence Okinawa to turn its back on its country,” he said, in a reference to the island’s fervent anti-U.S. military movement.

Orita said he’s learned through intelligence sources that this includes funneling money to Okinawan media outlets for anti-U.S. military coverage. However, he could not provide proof of the assertion.

Dissenting opinions However, the retired general’s opinions are not universally accepted among Japanese academics. Aomori University professor Hideki Hirano told Stars and Stripes the comments were outlandish and questioned whether Orita had even said them.

“I don’t think Taiwan will be taken by military force by 2025,” he said. “China may use economic pressure as well as influencing the Taiwanese government and its people within instead.”

Shikata said he believes China would take Scarborough Shoal first and then move to take Taiwan, not the other way around.

“I believe China will expand its influence over Taiwan and Scarborough Shoal at the same time, as both are necessary for China to move toward the Senkakus,” he said.

However, if the Chinese do take Taiwan in the coming years, Shikata agreed that attempts to capture Okinawa are possible by 2045.

“China has been influencing Okinawa to become anti-U.S. military and anti-Tokyo,” he said. “China has been using the [protest] movement in Okinawa very well.”

Okinawan protest leaders have scoffed at assertions that their movement, which aims to reduce the island’s U.S. military footprint, has been co-opted by Beijing.

“If the Senkakus get taken over, the U.S. won’t be able to stop China,” Shikata said.

Neither Japan’s Defense Ministry nor Okinawan prefectural officials would comment on the former general’s statements.

A spokesman from the Office of the Secretary of Defense also would not comment specifically on Orita’s statements but said the Defense Department will “continue to pursue a constructive, results-oriented relationship with China.” It also will not accept policies or actions “that threaten to undermine the international rules-based order.”

“We have a vital interest in upholding the current rules-based international order, which features a free, prosperous, and democratic Taiwan. The objective of our defense engagement with Taiwan is to ensure that Taiwan remains secure, confident, free from coercion and able to engage in a peaceful, productive dialogue to resolve differences in a manner acceptable to people on both sides of the Taiwan Strait.”