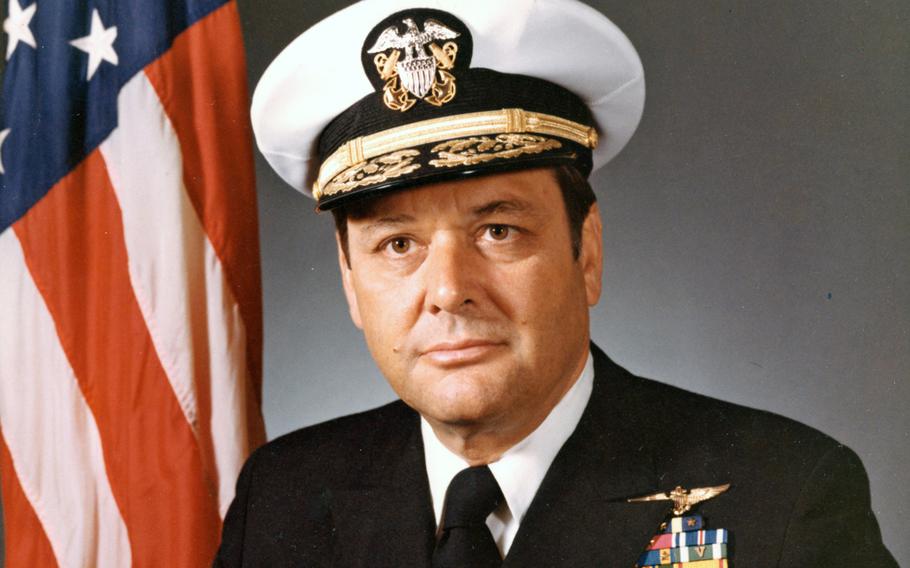 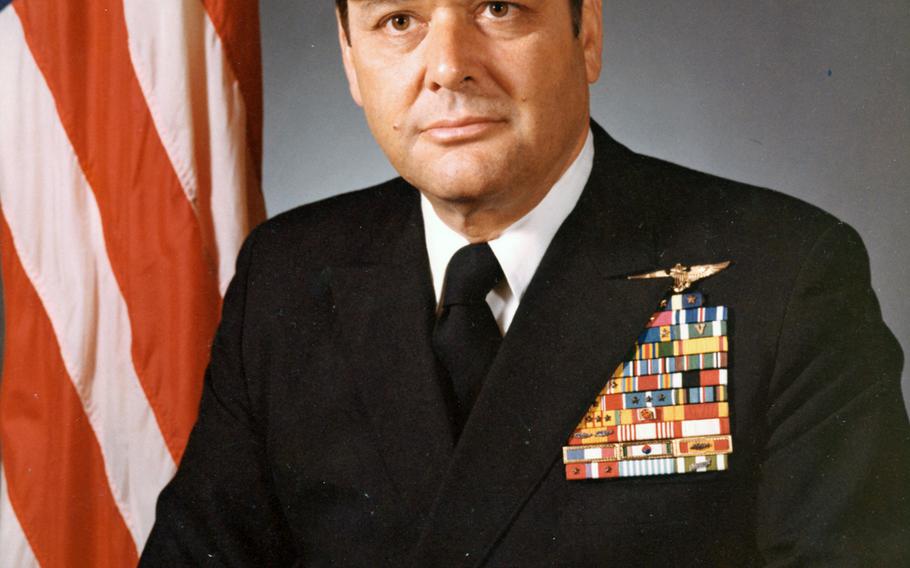 James Holloway stands on a F9F Panther jet fighter in 1953. (Photo provided by the Naval History and Heritage Command)

Retired Adm. James L. Holloway III, a former chief of naval operations and a combat veteran of World War II, and the Korean and Vietnam wars, died Tuesday in Alexandria, Va., at age 97, the U.S. Navy said in a statement.

Trained as an aviator, he holds the distinction of serving as a four-star admiral at the same time his father held the same rank — the only father and son in the history of the Navy to do so.

A native of Charleston, S.C., Holloway was the Navy’s 20th chief of naval operations, filling the post from 1974 to 1978 and serving under Presidents Richard Nixon, Gerald Ford and Jimmy Carter.

“He was a trailblazer who led the Navy through difficult times and a visionary leader who profoundly impacted the naval aviation community of today,” Adm. Mike Gilday, the current chief of naval operations, said in the statement.

“Adm. Holloway's far-reaching impacts include advocating for the Navy's future F-18 aircraft and developing the Naval Air Training and Operating Procedures Standardization (NATOPS) program, which we still use today,” he said. “While our ships, submarines and aircraft are made of steel, it is the Sailors, like Adm. Holloway, who give our Navy its lifeblood.”

The pair stand as the only father and son in the history of the Navy to simultaneously hold that rank during active-duty service, according to the Navy.

Holloway graduated from the Naval Academy in 1942 and served aboard ships during World War II in both the Atlantic and Pacific theaters. He saw combat in waters near Saipan, Tinian, Palau and Leyte Gulf as a gunnery officer aboard the destroyer USS Bennion.

The Bennion helped sink the Japanese battleship Yamashiro with torpedoes during the 1944 Battle of Surigao Strait near the Philippines. Holloway was awarded the Bronze Star Medal, Navy Commendation Medal and the Philippine Presidential Unit Citation for his actions during that battle.

With the end of World War II, he began flight training and became a naval aviator.

From 1965 to 1967, during the Vietnam War, he commanded the USS Enterprise, the Navy’s first nuclear-powered aircraft carrier. Although the carrier’s third commander, Holloway was the first take the ship into combat.

He was in command of U.S. 7th Fleet by the end of the Vietnam War.

He stayed closely involved with the service, however, serving as president of the Naval Historical Foundation from 1980 to 1998 and then 10 more years as its chairman.

He lent his naval expertise to moviemakers, serving as a technical expert for the filming of “The Bridges at Toko-Ri,” a 1954 feature about the Korean War, and as a technical adviser for “Top Gun” in 1986.

He authored “Aircraft Carriers at War: A Personal Retrospective of Korea, Vietnam, and the Soviet Confrontation,” published in 2007.

He is survived by his wife Dabney and two daughters.