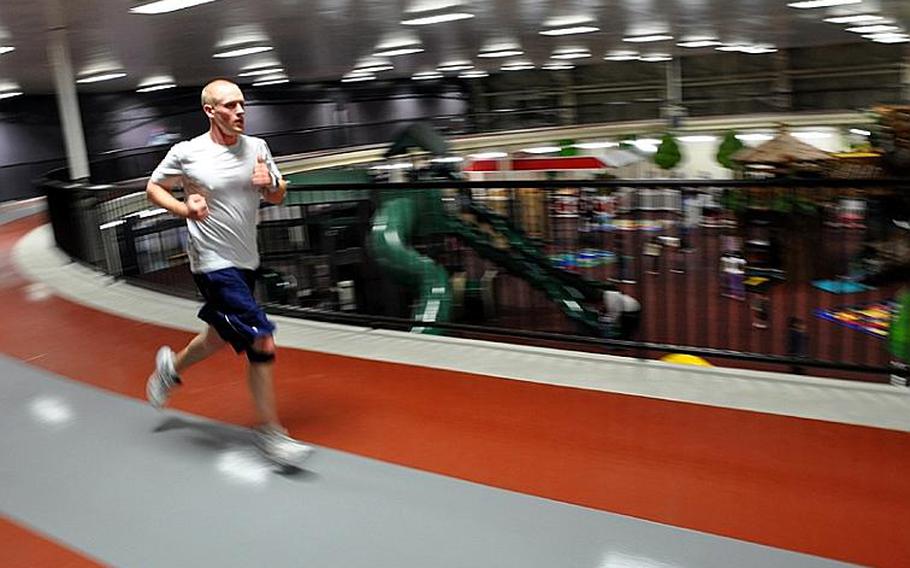 Seaman Apprentice Zachary James works out on the new indoor, elevated running track at Misawa Air Base, Japan, on Saturday. Officials unveiled the track to the community during a grand opening ceremony earlier in the day. (T.D. Flack/Stars and Stripes)

As local youth tackled the indoor playground, residents wasted no time putting the more than $800,000 track to work.

Seaman Apprentice Zachary James raced around the track for an early afternoon workout.

James said he was happy the base built the track because he &ldquo;hates running on treadmills&rdquo; and Misawa&rsquo;s harsh winters leave few options for staying in shape.

Officials have stressed the track&rsquo;s importance given the military services&rsquo; push for better physical fitness in the ranks.

The eighth-mile track offers three lanes and a cushioned running surface. As many as 40 people can use the track at one time.