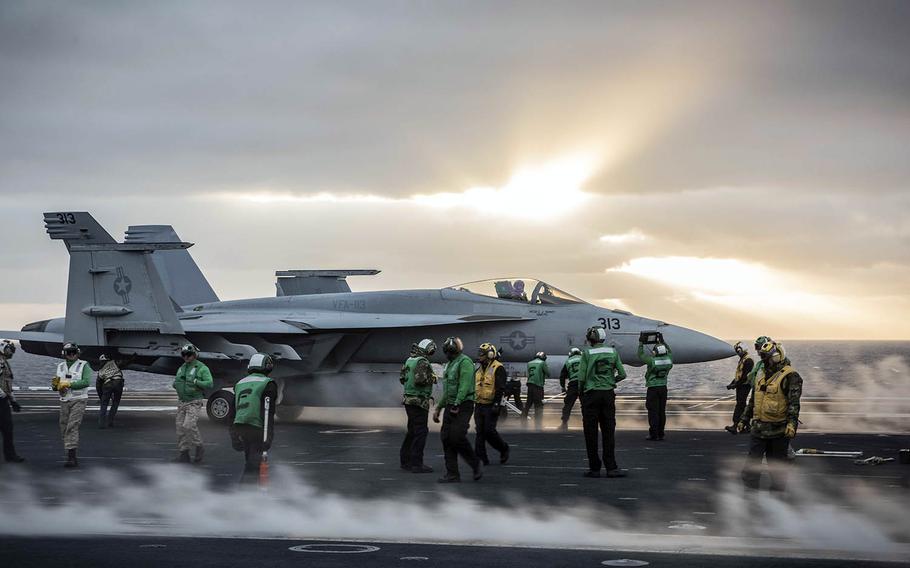 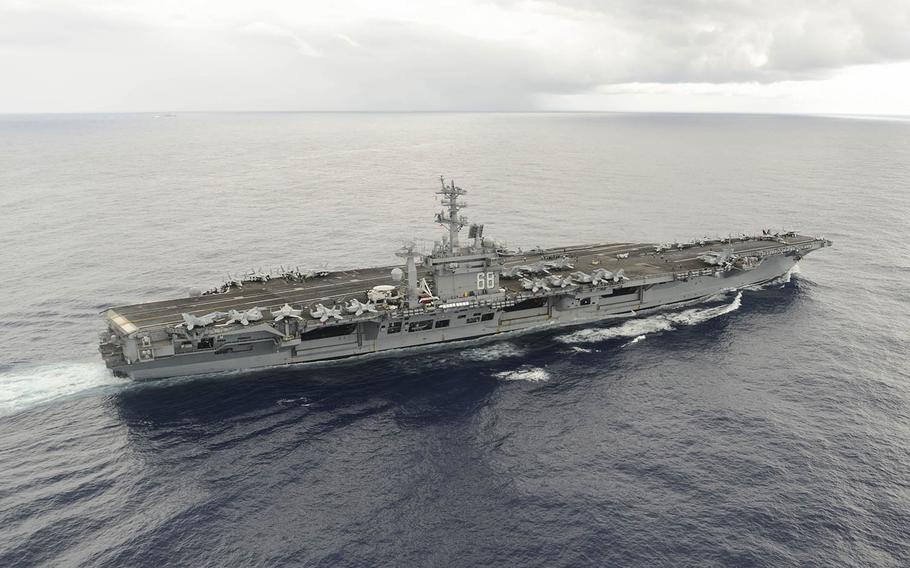 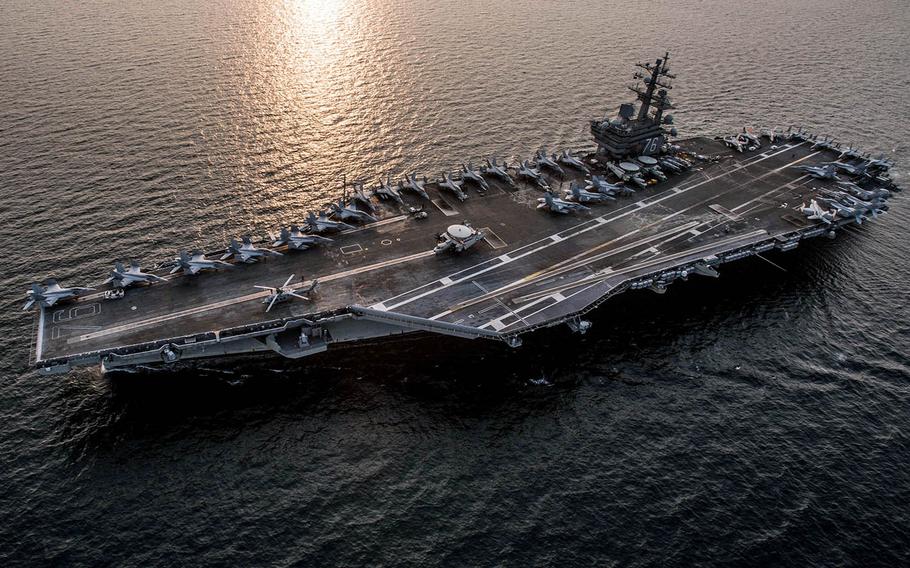 YOKOSUKA NAVAL BASE, Japan — The Navy is gearing up for its first tri-aircraft carrier training drills in more than a decade this weekend east of the Korean Peninsula.

The training — which will happen while President Donald Trump is in the Philippines wrapping up his two-week, five-nation tour of Asia — includes air-defense drills, sea surveillance, defensive air combat training and close-in coordinated maneuvers, the statement said.

The drills will take place in the sea east of the Korean Peninsula, South Korean Ministry of National Defense spokesman Moon Sang-gyun told reporters Thursday in Seoul. He said there are no plans for his nation’s navy to join the exercise.

Though some have speculated that the presence of three carriers in the region is a direct response to North Korean aggression, Navy officials told Stars and Stripes Thursday the exercise “is just another example of the Navy’s regular and routine presence” in the region.

“All three aircraft carriers are conducting routine deployments in multiple areas of operation that happened to converge in the Western Pacific,” said 7th Fleet spokesman Cmdr. Clay Doss. “This overlap is an opportunity to show a unique capability — one that no other navy has — to operate multiple carrier strike groups close to each other.”

“Multiple carrier strike force operations are very complex, and this exercise in the Western Pacific is a strong testament to the U.S. Pacific Fleet’s unique ability and ironclad commitment to the continued security and stability of the region,” he said in the Navy statement.

Chinese Foreign Ministry spokeswoman Hua Chunying addressed the drills during a press conference this week in Beijing, saying the U.S. and North Korea should avoid escalating tensions in the region.

“Currently, the situation on the Korean Peninsula is highly complex and grave,” she said. “All relevant parties should exercise restraint, avoid provocating each other, jointly stay committed to easing the tensions on the peninsula and meanwhile make positive efforts to pull the Korean Peninsula nuclear issue back to the track of seeking settlement through negotiation at an early date.”

The last tri-carrier drills took place in 2007 off the coast of Guam during exercise Valiant Shield. The Navy has in recent years conducted dual-carrier operations in the South China, East China and Philippine seas.

The 3rd Fleet’s Nimitz strike group is on the way to its homeport in Bremerton, Wash., after wrapping up operations in the Middle East, where it has been attacking Islamic State targets during Operation Inherent Resolve. The group is scheduled to make a port visit to an unspecified location before heading home.

The Nimitz’ sister carrier, the Theodore Roosevelt, arrived in the Pacific late last month on a regularly scheduled deployment to the Pacific and the Middle East, the Navy said. The carrier, which is homeported in San Diego, will likely take over missions previously conducted by the Nimitz.

The 7th Fleet’s Ronald Reagan strike group has been operating in the Pacific on a regular patrol. It stopped in Busan, South Korea, last month after a week of drills in nearby waters. The Yokosuka, Japan-based carrier’s port call came at a time of heightened rhetoric between the U.S. and North Korea over the communist state’s uptick of ballistic-missile and nuclear tests.

“The dangerous and aggressive behavior by North Korea concerns everybody in the world,” he said. “We have made it clear with this exercise, and many others, that we are ready to defend [South Korea].”