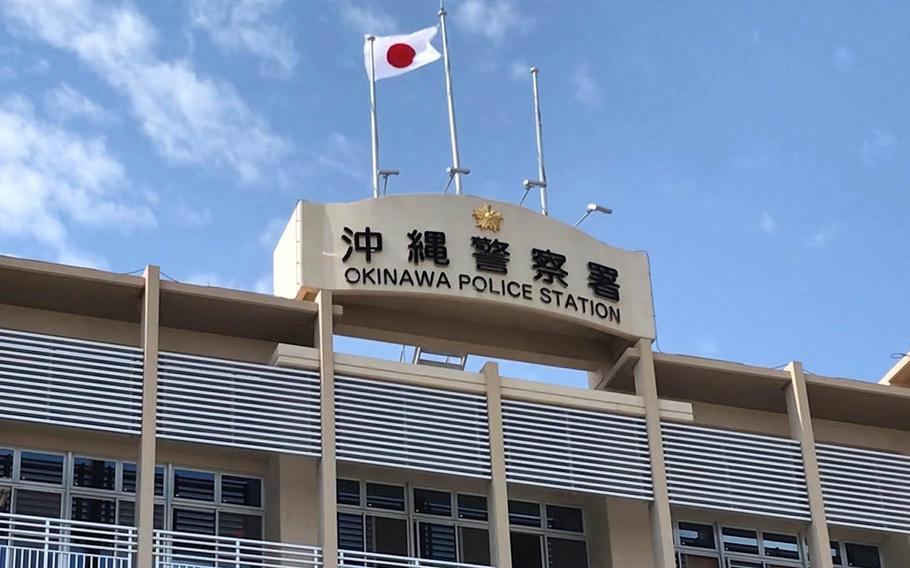 CAMP FOSTER, Okinawa — An Okinawa-based sailor stationed at Camp Shields was taken into custody by Japanese police Sunday after reportedly vandalizing a parked vehicle and shoving a responding police officer to the ground.

Police were called to the Chatan neighborhood after residents reported a “foreigner hitting a parked vehicle.”

They found Rodriguez a short time later near the site of the reported vandalism, the spokesman said. During routine questioning, Rodriguez allegedly pushed the officer to the ground with both hands.

The sailor was held for obstructing the performance of police duties, the spokesman said. Police expected to refer the charge to the Naha District Public Prosecutor’s Office on Monday.

Police plan to ask Rodriguez about the property damage at a later date, the spokesman said. Rodriguez was being held Monday at Okinawa police station.

Some government spokespeople customarily speak to the media on condition of anonymity.

A Navy spokesman on Okinawa, Rob Helton, confirmed the arrest but declined to comment further.

“Okinawa Prefectural Police have primary jurisdiction in this case, so it will go through their legal system,” Helton said. “We are cooperating fully with the local authorities, and it would be inappropriate to comment further on an ongoing investigation.”

Rodriguez has denied the charge against him, saying he doesn’t remember pushing the officer, the police spokesman said. The spokesman said Rodriguez was “pretty drunk” at the time of the incident. The officer was not injured.

If convicted, Rodriguez faces up to three years imprisonment or $4,800 in fines, according to information on the Ministry of International Affairs and Communications website.