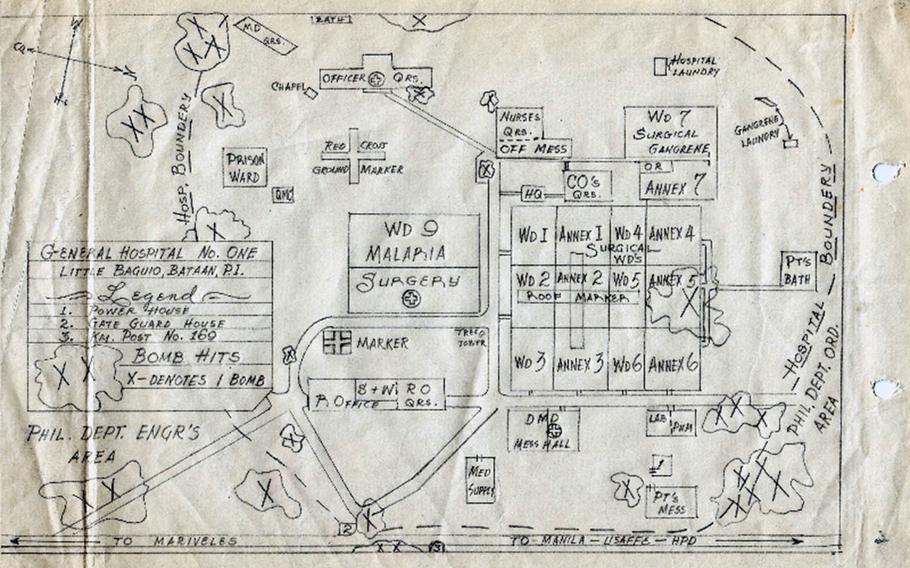 A World War II-era sketch shows the layout of a hospital where the defenders of the Bataan Peninsula were treated. (Courtesy of Bob Hudson)

A World War II-era sketch shows the layout of a hospital where the defenders of the Bataan Peninsula were treated. (Courtesy of Bob Hudson) 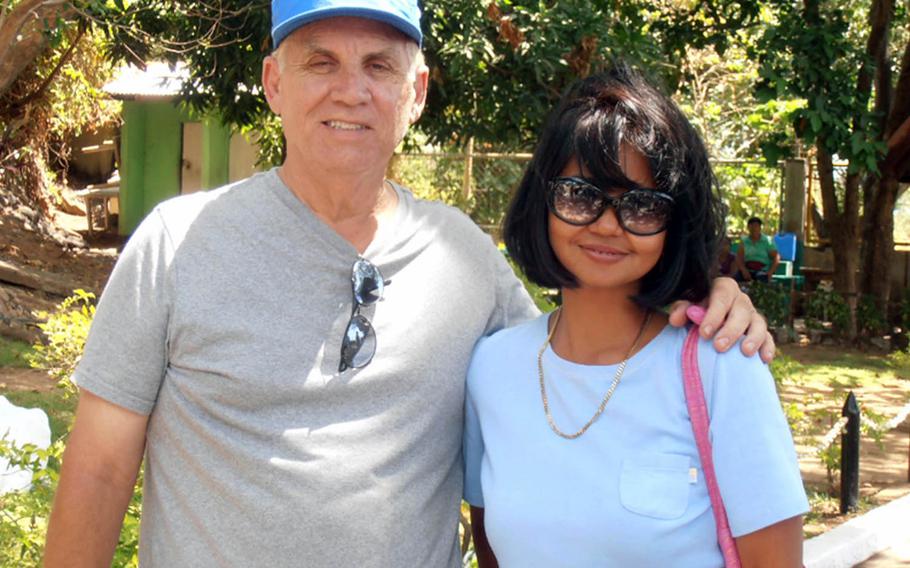 Since 2012, Bob Hudson and his wife, Rosalie, have spent many weekends along the Death March trail pulling weeds and cleaning and repainting markers. (Courtesy of Bob Hudson)

The son of a former American prisoner of war is building a memorial on the site of a hospital that treated U.S. and Filipino troops during World War II in the Philippines.

Bob Hudson’s late father, Richard Hudson, was among tens of thousands forced to march nearly 70 miles to Japanese prisoner-of-war camps after the Bataan Peninsula fell on April 9, 1942. The younger Hudson has been maintaining concrete markers along the Bataan Death March trail with his wife, Rosalie, since 2012.

In 2014, searchers identified the site, on a road to Mariveles, of the Army hospital where troops were treated during the Battle of Bataan after talking to locals and comparing surviving foundations to wartime sketches showing the layout of the facility, he said.

“During the siege of the peninsula its defenders ran low on food, ammunition and medicine and many were struck down with dysentery and malaria,” he said. “There were thousands being treated and they ran out of medicine.”

A search of the old hospital site with a metal detector turned up a dog tag belonging to Pvt. Edward McCain, who reportedly died there in June 1942, after the fall of Bataan, he said.

Japanese troops kicked over and scattered crosses in a graveyard beside the hospital after they captured it, but there must have been a clue to McCain’s identity because his name is inscribed on a marble cross in Manila American Cemetery, he said.

“Most of those who were buried at the hospital were exhumed and reburied as unknowns in Manila,” Hudson said.

Work on the hospital memorial, which needs final approval from local authorities, could begin as soon as next week. The memorial is being paid for with a grant of $7,600 in proceeds from an annual march by thousands of Filipino civilians, troops and American veterans’ families, Hudson said.

The memorial will be over 6 feet tall and 3 feet wide and inscribed in honor of the doctors, nurses and medics who worked at the hospital and the troops who they cared for, he said.

It’s hoped that it will be ready in time for this year’s march, which is scheduled for March 2-3 ahead of the commemoration of Philippine Veterans Week, according to the event’s official website.

This year’s march will include a “Ride for Valor” on bicycles along the trail on March 10 and a bus tour March 1-3, the website states.