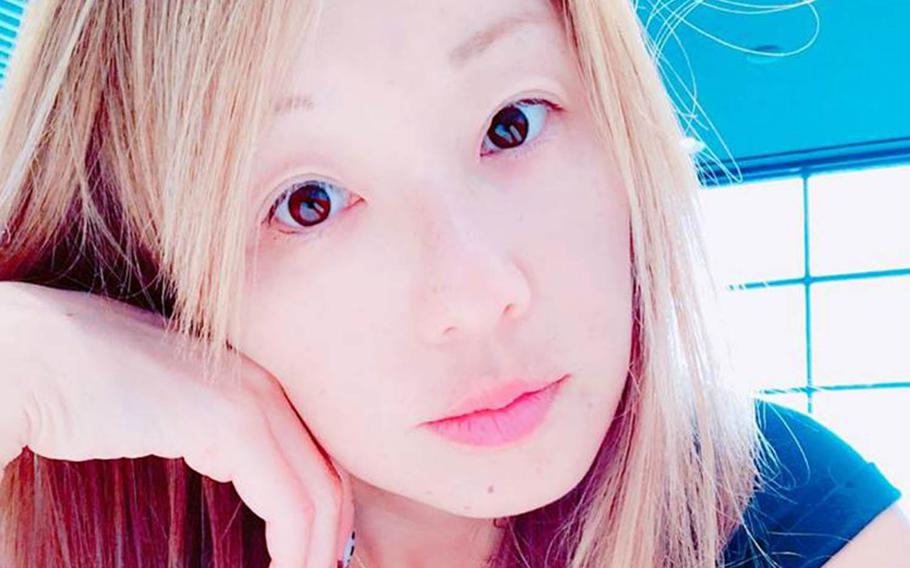 An autopsy showed that Tamae Hindman, 44, had defensive wounds on her hands, according to Okinawa Prefecture Police. (Via Facebook)

CAMP FOSTER, Okinawa — Japanese police have identified Tamae Hindman, 44, as the Okinawa woman stabbed to death in an apparent slaying-suicide on the island over the weekend.

Petty Officer 3rd Class Gabriel Olivero, a 32-year-old Navy corpsman from North Carolina, may have killed Hindman inside a six-story apartment building in the Kuwae district of Chatan, according to Okinawa Prefectural Police. Olivero, who was attached to the 3rd Marine Division, then apparently turned the knife on himself.

Autopsies showed both bled to death and that Olivero had multiple wounds to the groin area on both legs, a police spokesman said Tuesday. An autopsy on Hindman on Monday found stab wounds on her neck and defensive wounds on her hands.

The pair’s bloodied bodies were found in bed, along with a knife, after police were called at 7:26 a.m. Saturday. The woman’s child was present when the incident occurred and called a relative, who then reported it to police.

In October, the spokesman said, police had responded to a domestic disturbance after Olivero reportedly broke items in Hindman’s home, but the incident was resolved after he agreed to compensate her for the damage.

In January, Hindman reported to U.S. military police that Olivero sexually assaulted her at her off-base home during a breakup, police said earlier.

The Naval Criminal Investigative Service cooperated with an investigation by Okinawa police, who had jurisdiction in that case, according to the statement.

“Earlier this month, the Japanese Police closed their investigation due to lack of cooperation from the victim; however, [NCIS] continued with an active investigation into the alleged sexual assault,” Mancilla’s statement said. “At no time did the U.S. Military discourage the victim from talking with Japanese Police or filing an official complaint.”

A friend of the dead woman told the Okinawa Times newspaper Monday that Hindman called her child a “treasure” and was known as a cheerful, active person who enjoyed jogging and worked in the beauty industry.

“She often told people around her that she is very proud to raise her child by doing what she loves,” the friend said.

Hindman recently became frightened after Olivero — who was supposed to be about 18 ½ miles away at Camp Hansen — was spotted in her neighborhood, the friend told the newspaper.

Olivero had a history of breaking into Hindman’s home, the woman told the newspaper, saying he damaged items, confined Hindman and harassed her friends.

“Hindman tried to reach MPs to solve this issue but Olivero did not stop harassing her and she was stressed,” the friend said, according to the newspaper.

“I know there are many kind servicemembers and U.S. bases aren’t the issue here,” the woman told the newspaper. “This tragedy happened because MPs and the local police did not do their jobs. They took her problem too lightly … Why did they let the criminal out free?”