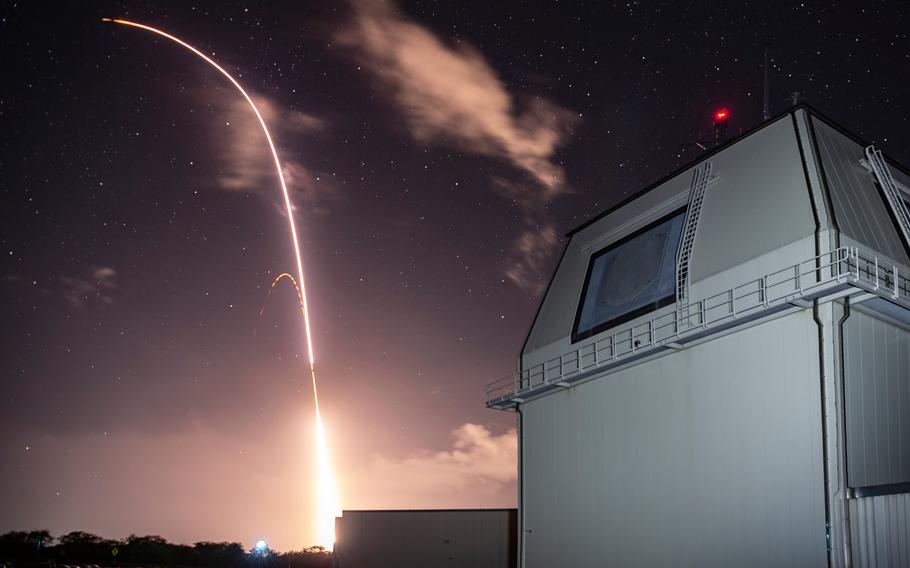 During a briefing with reporters this week on the proposed fiscal 2021 budget, Vice Adm. Jon Hill, director of the Missile Defense Agency, said funding had been zeroed out in the proposed budget for the Pacific radar system, which would have also included a second site in a not yet chosen host nation in the region.

Hill said on Monday the decision was based on “host nation issues.”

He said he did not know how the radar funding would be reallocated.

The Homeland Defense Radar-Hawaii has been “postponed as we resolve issues related to siting,” Heather Cavaliere, a spokeswoman for the Missile Defense Agency, said in a statement Friday.

The agency had for the past two years been studying three sites on Oahu for the radar, but residents had pushed back over concerns about culturally sensitive areas and overdevelopment. In October, the agency began a site study at the Pacific Missile Range Facility at Barking Sands on Kauai Island’s west coast.

“While the Pacific Radar would have added additional tracking and discrimination capabilities, the Department continues to pursue other architecture improvements to current homeland defense architecture, including additional land and space-based sensors, the Next Generation Interceptor, and options for nearer-term layered homeland defense capabilities,” Cavaliere said.

Hill said that the region would continue to be defended from ballistic missile threats by an existing radar on Hawaii, the deployable Sea-Based X-Band radar and Aegis defense systems on ships at sea.

But there has long been agreement that such a defense system is inadequate, said Riki Ellison, founder and chairman of the Missile Defense Advocacy Alliance, which promotes development of systems to fend off ballistic missile attacks.

“If you can't see it, there’s no way you can shoot it down,” he said. “That's a primary objective that I think everybody agreed on years ago under [U.S. Pacific Command head Adm. Harry Harris] to get this. This was the first step — and then get the interceptors after the radar was put in.

“It is imperative that Hawaii gets both the sensor and shooters to defend it better than it is today.”