Pence: Carrier group will arrive near Korean Peninsula within days 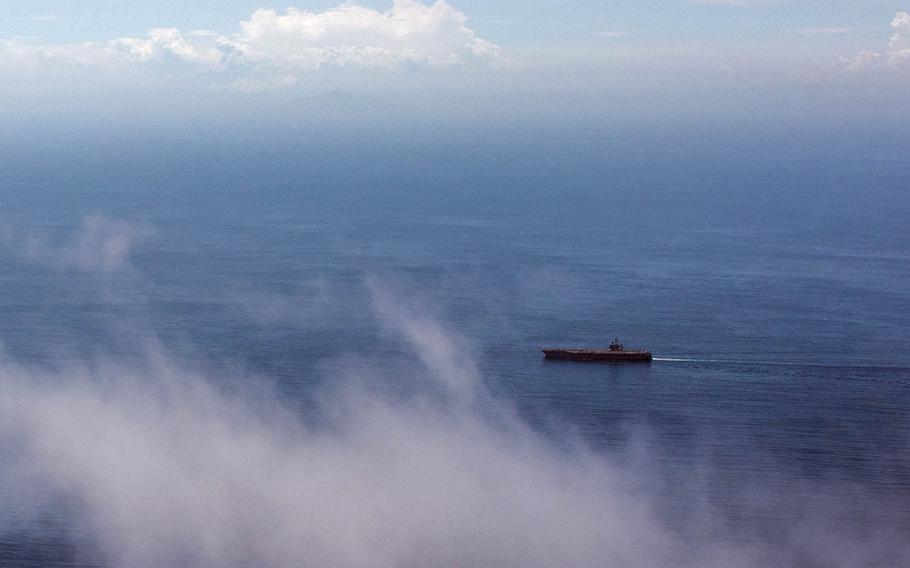 The USS Carl Vinson strike group will be near South Korea “in a matter of days,” Vice President Mike Pence said Saturday as concerns over a potential North Korean nuclear weapons test continue to mount in the Asia-Pacific region.

“With regard to the USS Carl Vinson carrier group, our expectation is that they will be in the Sea of Japan, in position, in a matter of days before the end of this month,” Pence said Saturday at a joint news conference with Australia Prime Minister Malcolm Turnbull.

The announcement comes following confusion over the strike group’s whereabouts since the Navy announced that the ships were canceling their Australia port visits and heading toward the Western Pacific as of April 8.

Several news outlets then reported that the strike group was headed toward the Korean Peninsula, citing U.S. officials in Washington.

On April 11, President Donald Trump stated after being asked about North Korea that “we are sending an armada.”

However, photos posted on Navy.mil on April 15 showed the carrier and its accompanying ships near Indonesia’s Sunda Strait, which is about 3,500 miles from the Korean Peninsula.

On Wednesday, Vinson strike group commander Rear Adm. James Kilby wrote on the carrier’s Facebook page that their deployment would be extended 30 days “to provide a persistent presence in the waters off the Korean peninsula.”

The carrier was near the Philippines on Friday when a pilot ejected from an F/A-18E into the ocean as the aircraft was preparing to land on the carrier, the Navy said in a statement. The pilot was quickly retrieved and did not appear to have been seriously hurt.