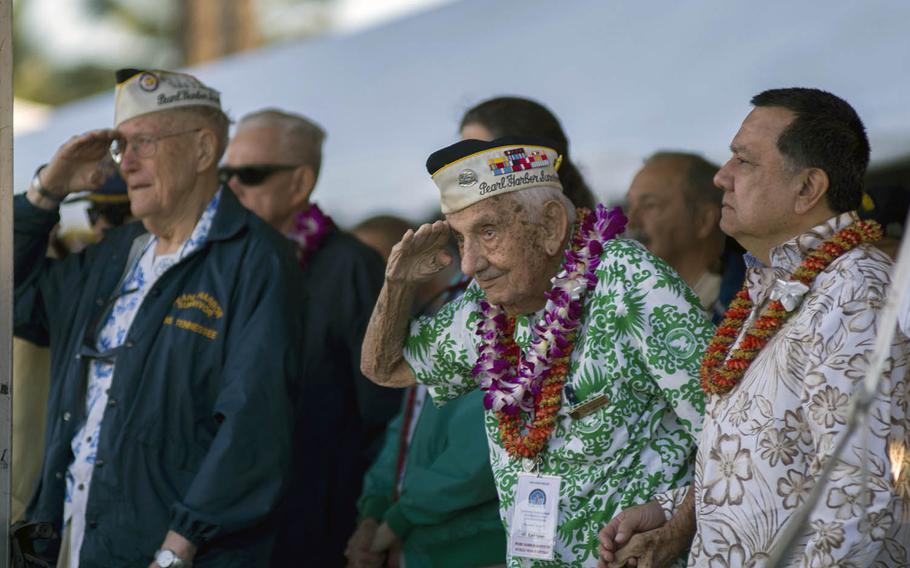 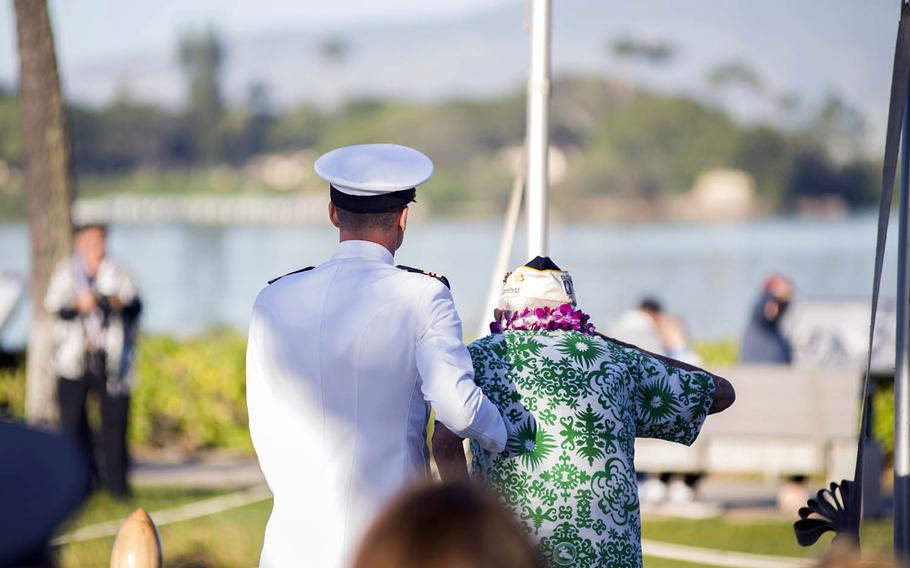 FORT SHAFTER, Hawaii — Alfred B. Rodrigues Sr., a sailor who survived the Japanese surprise attack on Pearl Harbor on Dec. 7, 1941, died Sunday in Hawaii. He turned 99 years old on Feb. 7.

The National Park Service confirmed his death on Tuesday.

Rodrigues, an avid supporter and frequent speaker at the Pearl Harbor Visitors Center, was born on the island of Kauai. “Uncle Al,” as many locals called him, was always eager to share his experiences as a sailor during World War II.

Rodrigues was one of the few remaining living veterans who survived the attack on Oahu more than 77 years ago.

At age 17, he enlisted in the Navy Reserves, and three years later in 1940 he was called up for active duty, according to an obituary published online by the Pearl Harbor Visitors Bureau.

He was posted at a station at Bishop Point on the mouth of Pearl Harbor — now a part of Joint Base Pearl Harbor-Hickam — as a chief storekeeper.

He was on watch duty on the Sunday morning of the surprise attack and saw firsthand the USS Ward dropping depth charges on a Japanese mini-sub that had attempted to enter Pearl Harbor before the attack commenced. USS Ward is regarded as the first U.S. ship to fire a shot in the Pacific during World War II.

Shortly after witnessing that, he went to have breakfast. He didn’t have a chance to finish it.

With the sound of explosions in the harbor, Rodrigues heard the sounding of the general alarm, a call to battle stations.

He raced to the armory, retrieved a .30-caliber rifle and began shooting at the flurry of fighter and torpedo planes swarming overhead. He and others continued firing for the duration of the two-hour attack, but the small arms had little effect on the aircraft.

He went on to serve at multiple locations during the war and in 1943 was transferred to the battleship USS Washington. The ship was responsible for sinking the Japanese battleship Kirishima and seriously damaging the destroyer Ayanami.

In 1945, he was transferred to the District Material Redistribution Office in New York City for the duration of the war.

He returned to Hawaii as a civilian at war’s end with the intention of becoming a police officer. But he ended up reenlisting in the Navy, where served as a chief in the Yards and Docks Supply Depot. He retired after 24 years.

In his later years, he frequently volunteered to share his wartime experiences with guests at the Pearl Harbor Visitors Center. He was a stalwart in attending the annual ceremony held to commemorate the 1941 attack.

His memoir, “Diary of a Pearl Harbor Survivor,” was published in 2011.

In 2017, at the commemoration of the 76th anniversary of the Pearl Harbor attack, Rodrigues was selected from the small group of survivors attending to lead the rendering of honors to the USS Arizona crew members still entombed inside the ship since it was sunk in the harbor in 1941. Assisted by a Navy officer, Rodrigues stood before the huge audience, faced the sunken ship and saluted.

On Dec. 7, 2018, the Department of Veterans Affairs designated him as Veteran of the Day.