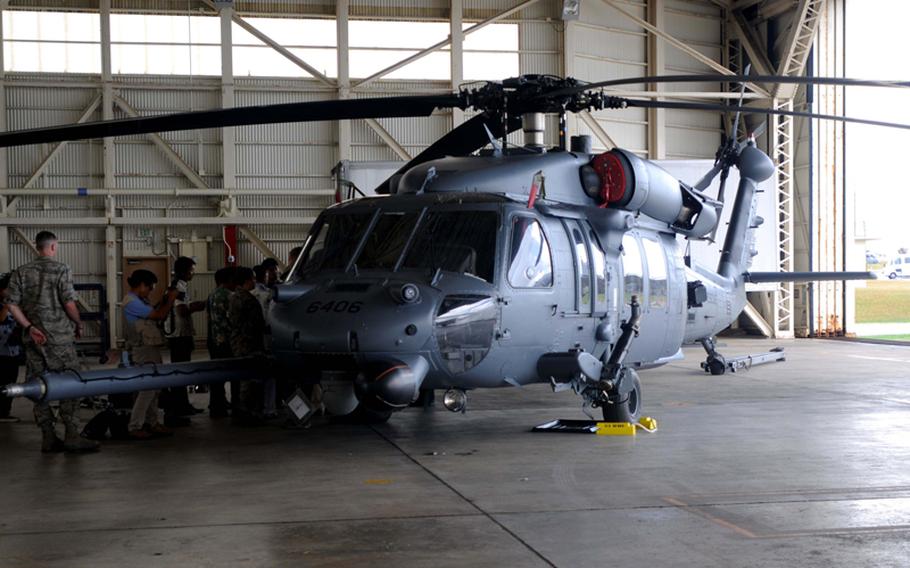 Japanese media gather around a HH-60 Pave Hawk helicopter during a press conference on the safety of the aircraft at Kadena Air Base, Okinawa, Aug. 14, 2013. (Lisa Tourtelot/Stars and Stripes)

The air base’s fleet of HH-60s was given addition inspections and maintenance while grounded for the past week and the Air Force found no potential hazards, Master Sgt. C.T. Kirk, a maintenance crew chief with the 33rd Helicopter Maintenance Unit, told reporters during a press event at Kadena.

The Pave Hawk crash Aug. 5 on Camp Hansen killed Tech. Sgt. Mark Smith, destroyed the aircraft and sent a plume of smoke into the air that could be seen for miles.

The incident underscored widespread concerns on Okinawa about the safety of U.S. military aircraft that routinely fly over densely populated areas of the island.

The cause of the accident is still under investigation.