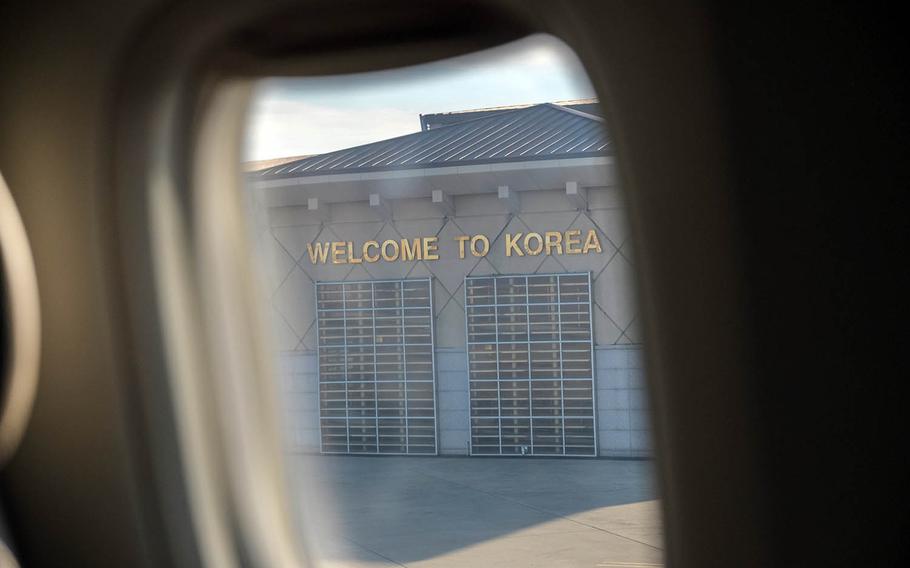 A patient also tested positive for the virus Monday during a routine screening process before entering the military hospital on Camp Humphreys, the main Army base in South Korea, according to the garrison commander. More details were not immediately available.

Anybody who may have been exposed was being contacted and affected areas were being cleaned, Col. Michael Tremblay said in a Facebook live, raising to 278 the total number of cases affiliated with U.S. Forces Korea. It also was the 27th apparently locally transmitted case; the majority were newly arrived travelers.

The new imported cases reported Monday involved service members, dependents and contractors who traveled to South Korea on the Patriot Express or commercial flights last week as the United States suffered from a resurgence of the virus.

The high number of patients landing on flights from the U.S. has prompted the Defense Department to tighten coronavirus prevention measures before boarding. On Sunday, the Pentagon began rapid, on-site, pre-flight tests for passengers departing Baltimore Washington International Airport and Seattle Tacoma airport for official duty overseas, according to a press release.

Air Mobility Command, which oversees the Patriot Express flights, said 10% to 15% of those screened who are not exhibiting symptoms may be tested. The decision follows an Army order in August for soldiers to test negative before boarding international flights, although it’s unclear how extensive compliance is or how it can be enforced.

Passengers with an authorized medical clearance letter or those with a valid coronavirus test completed within 72 hours of the flight will be exempt from the random testing, along with family members, the command said.

“By implementing rapid, on-site testing for Patriot Express passengers at our BWI and SEATAC terminals, Air Mobility Command is establishing a common baseline across the services to mitigate the spread of COVID-19,” said command surgeon general Brig. Gen. Norman West, referring to the disease caused by the virus.

Health officials will use the FDA-approved Abbott ID NOW test that will be analyzed with on-site laboratory equipment and should yield a result in about 15 minutes, according to the press release. Those who test negative will resume check-in and boarding, while those who test positive will be isolated at varying lengths depending on their status.

Nine service members and a dependent tested positive after arriving at Osan Air Base aboard the Patriot Express from the U.S. on Oct. 25, 28 and 29, while four infected service members, three dependents and a contractor arrived at Incheon International Airport on commercial flights from abroad, USFK said Monday in a press release.

Sixteen of the patients received positive results on their first mandatory coronavirus test, which is required for all USFK personnel before they begin a strict, two-week quarantine. Two others tested positive on the second test required to exit quarantine, the release said.

They all have been transferred to isolation facilities at Osan Air Base or Camp Humphreys, it added.