Pair of enlisted leaders take over for Greene at US Forces Japan, 5th Air Force 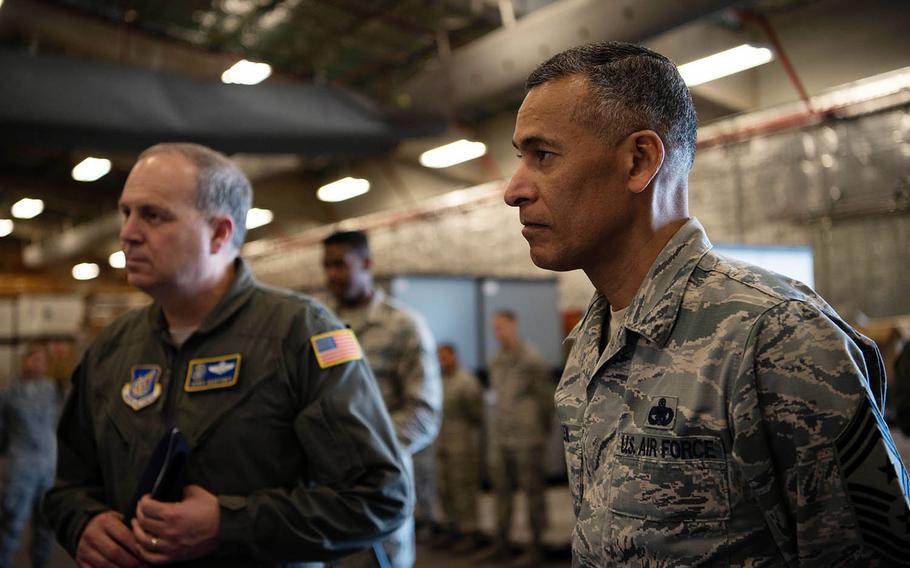 YOKOTA AIR BASE, Japan — U.S. Forces Japan and 5th Air Force have a new senior enlisted leader and a new command chief, respectively, at their headquarters in western Tokyo.

It’s the first time the jobs have been split, according to USFJ commander Lt. Gen. Jerry Martinez, who presided over Wednesday’s change-of-responsibility ceremony at Yokota.

“We have witnessed the security environment change drastically in the past two years,” he said in a statement posted on the 5th Air Force website. “The threats around Japan have grown extremely fast, so now is the time to ensure we have laser-focused attention not only on the readiness of our joint forces, but also [working together] with and among the Japanese enlisted joint forces.”

Winegardner has served with V Corps, XVIII Airborne Corps and Army Special Operations Command. Kruzelnick has served all over the Air Force and has a wide breadth of experience from training and mobility to intelligence, reconnaissance and surveillance and space operations, Martinez said.