Pacific’s largest commissary to open at Camp Humphreys in February 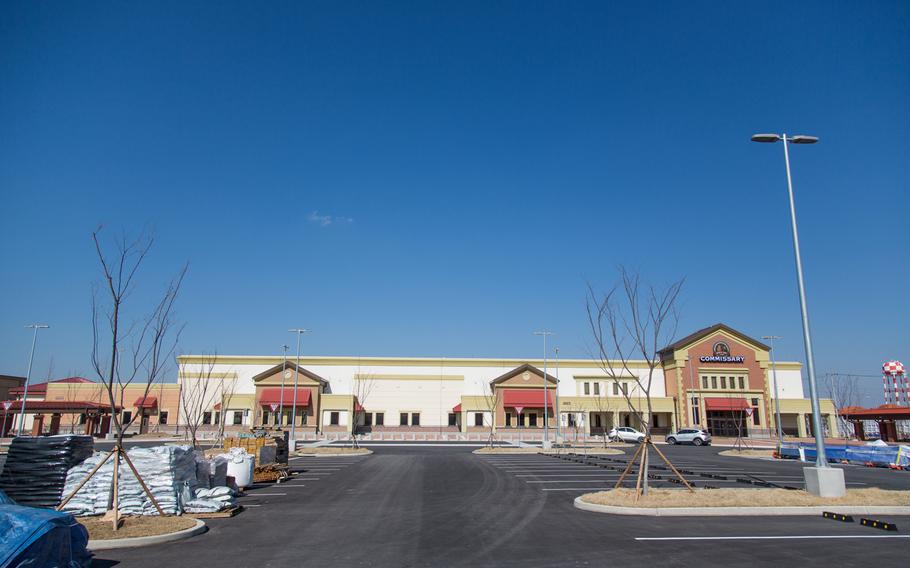 OSAN AIR BASE, South Korea – The largest commissary in the Pacific will have its grand opening on Feb. 7 at Camp Humphreys, the Defense Commissary Agency said Wednesday.

The South Korean-funded, 90,000-square-foot facility is more than four times larger than the current store on the Army garrison, which is about 40 miles south of Seoul.

The store is built around a large produce section and has wide aisles, DeCA spokesman Keith Desbois told Stars and Stripes.

In addition to grocery store staples like meat and dairy sections, he said checking out will be easier. The new store will have 15 registers, three times as many as the current store, and that number will eventually grow to 23.

A full-service deli will open by early spring, Desbois said.

The old commissary will close with the opening of the new store said zone manager Wayne Walk.

This will come as good news to many in the Humphreys community who voiced frustration during a recent town hall about the lack of selection and overcrowding.

Many said they are forced to travel to commissaries at other bases to meet their family's needs.

The frustration has come from the sudden growth at the new home of the 8th Army, which has expanded from a small helicopter base of 7,000 to 26,000.

The population will rise to more than 40,000 when the U.S. fulfills its 2004 agreement with South Korea to move south the bulk of troops stationed north of the Han River.

Delays and quality control issues have plagued the $10.7 billion Humphreys construction project, but openings have ramped up in recent months.

The food court and outlet shops have been open since last month. The Post Exchange, which sits next to the new commissary, will open its doors next Monday.

“This store will be a combination of the best design in the grocery industry and our passion for providing excellent customer service and quality products,” Walk said.