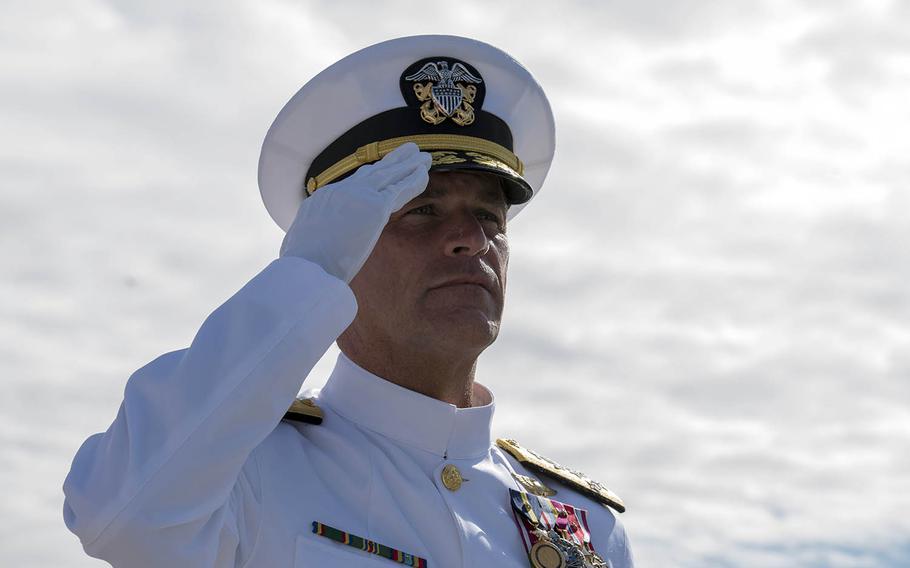 Aquilino would replace Adm. Philip Davidson, who since May 2018 has overseen the geographic combatant command that spans an area from the United States to India. Davidson is expected to retire, according to the Journal report, which cited unnamed U.S. officials.

President Donald Trump, whose term ends Jan. 20, is expected to nominate Aquilino to the post, the report said, and the Senate could consider the nomination “in the early winter,” according to the report.

INDOPACOM did not immediately respond to an emailed request for comment on Tuesday.

The command covers 36 nations in a region the Defense Department deemed its “priority theater” and “the single-most consequential region for America’s future” in a June 2019 Indo-Pacific strategy report issued amid simmering tensions with China.

“[China] seeks to reorder the region to its advantage by leveraging military modernization, influence operations, and predatory economics to coerce other nations,” then-Acting Defense Secretary Patrick Shanahan wrote in the report. “We will not accept policies or actions that threaten or undermine the rules-based international order.”

Davidson, also a Naval Academy graduate, is a surface warfare officer who previously served as commander of the 6th Fleet and Fleet Forces Command, according to his biography. He spent his early career in policy, strategy and operations billets with the Pacific Fleet, Navy and Joint staffs.