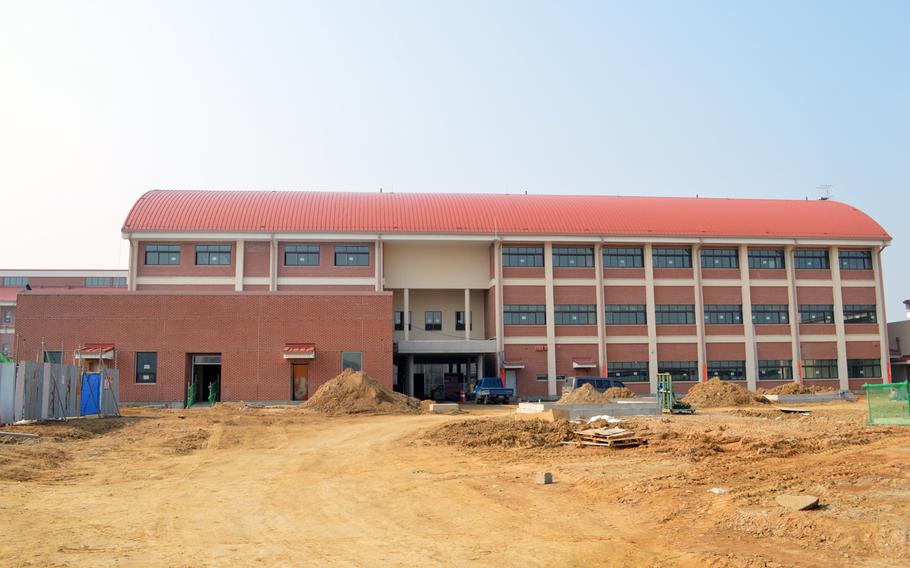 SEOUL — One of two new schools at Camp Humphreys will not open this month due to unspecified construction delays, forcing middle and high school students there to temporarily attend classes at the former elementary school.

Humphreys Middle/High School had been scheduled to open on Aug. 26 for the start of the 2013-2014 school year.

But, in a letter to parents, students, sponsors and staff on Friday, Dr. Irby Miller, Department of Defense Education Activity Korea District superintendent, said the school will be opened “at a date to be determined later.”

Neither Miller’s letter nor a statement issued by U.S. Forces Korea on Friday elaborated on why the opening of the school was being delayed. Miller did say the new Humphreys Central Elementary School will open on Aug. 26 as scheduled.

In its statement, USFK said it is “committed to making sure Students and Staff are well supported during the construction process. We will continue to work together with the USAG Humphreys community, and the construction and management teams to meet all required testing, certifications and standards.”

Construction of the elementary and middle/high schools cost $81.3 million and was funded by the South Korean government.

Humphreys is slated to become USFK’s flagship installation in three years, when it will house most troops now stationed in and north of Seoul. The relocation was supposed to take place in 2008 but has been delayed twice — first to 2012, and later to 2016.

Officials have insisted no further postponements are in sight.

“Everybody (is) thinking they’re going to be here for years and years to come; I think that’s not going to be true,” USFK commander Gen. James Thurman told a community forum in Seoul earlier this year.

In addition to the elementary and middle/high schools, a new middle school is scheduled to open for the 2014-2015 school year.

Despite the “unfortunate” construction delays on the middle/high school, USFK’s statement cited “steady progress” of the Humphreys expansion, including the movement there of some units from Camp Stanley and U.S. Army Garrison Yongsan in early 2013 and the July groundbreaking for a $324 million operations command center.