On Air Force’s 72nd birthday, a reminder that 5th Air Force was first to fight 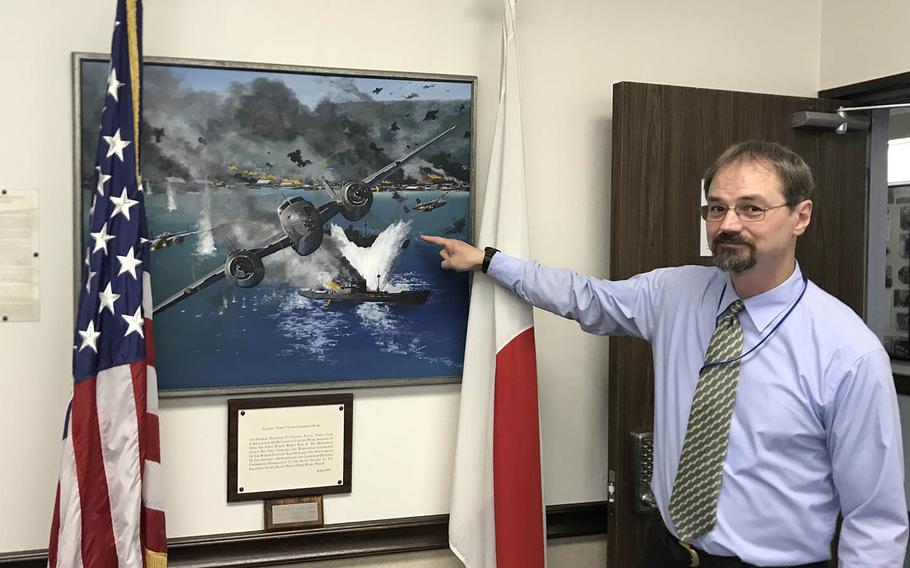 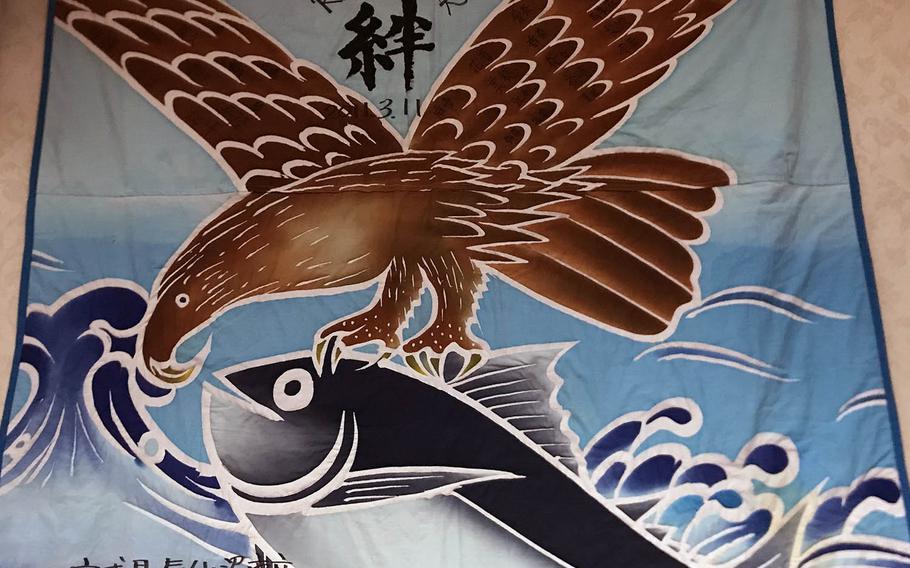 A flag, given by the Japanese people in thanks for the relief effort that followed the March 2011 earthquake and tsunami in Japan, hangs in the 5th Air Force headquarters, Yokota Air Base, on Wednesday, Sept. 11, 2019. (Seth Robson/Stars and Stripes)

YOKOTA AIR BASE, Japan — The Air Force celebrates its 72nd birthday Wednesday but 5th Air Force, which oversees U.S. air power in the Far East, has been in action even longer.

The Yokota-based unit was formed as part of the Army Air Corps on Sept. 13, 1941, as the Philippine Department Air Force and was re-designated 5th Air Force in 1942, the unit’s historian, Gregory Mattson, said during a tour of its western Tokyo headquarters last week.

Before the Air Force became a separate service, members of 5th Air Force had participated in the defense of the Philippines. Some were captured and forced to join the Bataan Death March while others evacuated to Australia and continued the fight, Mattson said.

The history of 5th Air Force’s World War II and Korean War exploits features prominently throughout the headquarters, which is off-limits to most personnel on Yokota.

The entrance to the building includes photographs of 14 5th Air Force Medal of Honor winners, including Maj. Louis Sebille, a fighter pilot who was the first member of the newly formed service to receive the nation’s highest award for valor, posthumously, for his actions on Aug. 5, 1950, during the Battle of the Busan Perimeter.

Sebille was the commanding officer of the 67th Fighter-Bomber Squadron, 18th Fighter-Bomber Group, 5th Air Force, according to his biography on the Department of Defense’s official website.

In the first weeks of the Korean War he led a formation of F-51 Mustangs armed with guns, rockets and 500-pound bombs into enemy territory, the biography states.

“They were ordered to attack a camouflaged area filled with enemy troops, artillery and armored vehicles that were threatening the security of friendly ground troops. Sebille took a pass at the targets and tried to drop both bombs, but only one released. He went on to strafe the enemy and shoot off some rockets, and at some point, his plane was seriously damaged by anti-aircraft fire,” the biography states.

Telling a wingman: “I’ll never be able to make it back. I’m going back to get that bastard,” Sebille flew his jet — still armed with a 500-pound bomb — directly into several enemy gun batteries. His plane and the targets erupted into a huge ball of fire, the biography states.

“The Korean conflict was the first combat operation under the Air Force,” Mattson said.

Today 5th Air Force is charged with supporting the defense of Japan and advancing U.S. interests and broader Indo-Pacific security through bilateral air, space and cyber cooperation. It also ensures U.S. air forces are ready to respond rapidly to a contingency, he said.

The headquarters walls are decorated with paintings showing aircraft from different eras. There are also trophies and awards won by members of the unit, patches that flew in the space shuttle Atlantis and medals worn by Col. Paul Irvin “Pappy” Gunn, a former naval aviator who flew for 5th Air Force in the Philippines during World War II.

One wall includes photographs of commanders dating back to Lt. Gen. Kenneth Wolfe, the first commander of 5th Air Force in the newly independent service.

Prior to World War II, Wolfe directed the development of the barrier-breaking B-29 Superfortress, which surpassed the B-17 Flying Fortress and played a key role in the Allied victory of the war.

Wolfe, who has a conference room named in his honor at the headquarters, took command in early October 1945, about 10 days after 5th Air Force arrived on the main islands Japan, Mattson said.

Members of the unit helped establish both the Japan Air Self-Defense Force and Republic of Korea Air Force during its early years, he said.

The unit had other homes in Japan, including at Fuchu Air Station, also in Tokyo, before coming to Yokota in 1974, he said.

Chief Master Sgt. Brian Kruzelnick, the 5th Air Force command chief, who works across the hall from the photographs of past commanders, said it’s impressive how long the unit has brought air power to the Pacific and how strong that commitment remains.

“We are surrounded by the biggest threats in our national defense strategy, so we have to be ready to roll at any time,” he said.