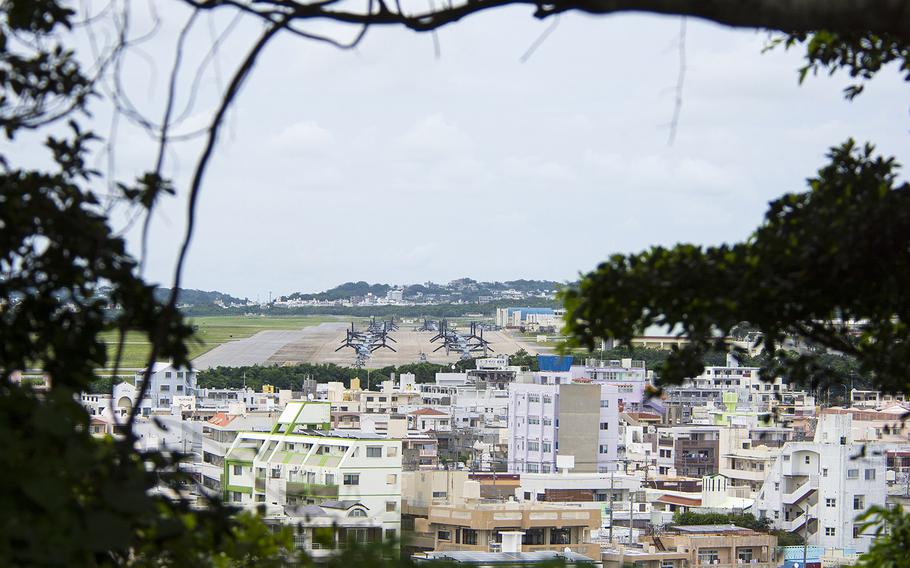 Two suits, both filed Saturday, seek $1.8 million in compensation: $1.16 million for 110 residents around Kadena Air Base and $642,00 for 102 residents near Marine Corps Air Station Futenma.

A spokesperson for the Okinawa Defense Bureau, an arm of the Japan Ministry of Defense, said it had not yet received the complaint and declined comment. A plaintiff’s lawyer was unavailable for comment.

In April, the Fukuoka High Court Naga Branch reduced by $3 million a $22.6 million award in a similar suit involving MCAS Futenma and dismissed the plaintiffs’ demand to halt flight operations there.

A separate lawsuit filed in 2018 by 2,800 residents near Futenma seeks $10 million in damages and is still pending.