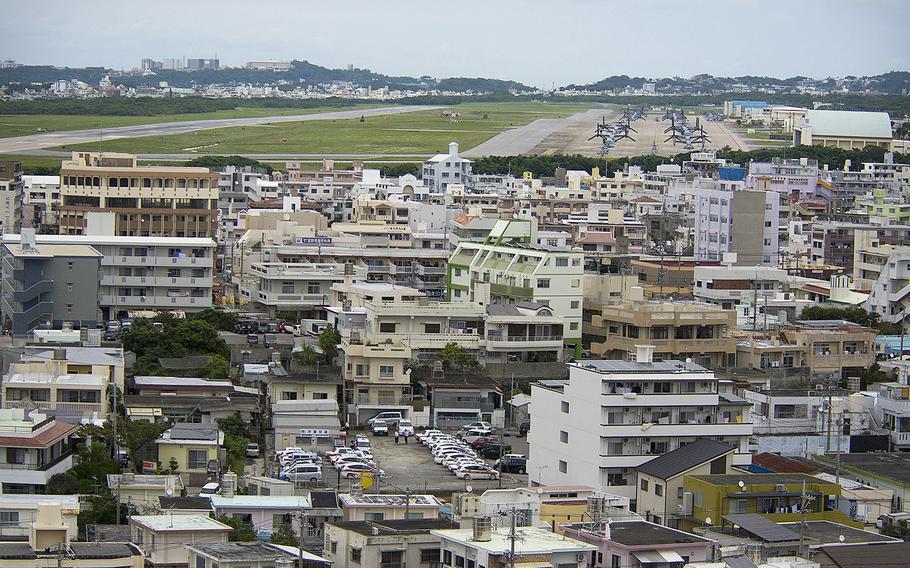 URUMA, Okinawa – Marine bases on Okinawa went on lockdown over the weekend in response to “clusters” of coronavirus infections, according to Marine Corps Installations Pacific.

After months with no confirmed cases on the island, “this week the Marine Corps experienced two localized clusters of individuals who tested positive for the virus,” the command announced on its Facebook page Saturday evening.

Personnel at Camp Hansen and Marine Corps Air Station Futenma were placed on “soft shelter-in-place” orders, according to the post. Only essential personnel are allowed to come and go from those facilities while authorities work to mitigate the virus’ spread.

“All personnel who tested positive for COVID-19 are in isolation,” the statement said, using the term for the respiratory disease caused by the virus. Cleaning teams and contact tracers were also put to work.

Lockdowns were initially enforced at MCAS Futenma on Tuesday evening and at Camp Hansen overnight Wednesday and Thursday after an undisclosed number of U.S. personnel tested positive.

Prefectural officials said they could say only that a "few dozen" cases had been found recently because the U.S. military asked that the exact number not be released, according to The Associated Press.

The AP reported Sunday that Okinawan officials reported 61 cases — 38 of them at Futenma, and another 23 at Camp Hansen — since July 7.

The disclosure of the exact figures came only after Okinawa’s repeated requests to the U.S. military, the AP reported.

“It is very regrettable that many new cases happened,” he said during the news conference. “I cannot stop wondering whether the U.S. military’s prevention measures for the coronavirus were effective.”

Marine Forces Japan on Friday heightened its health protection condition from a moderate to a substantial risk of the virus’ spread. In military terms, the level moved from Bravo to Charlie.

Meanwhile, U.S. Forces Japan extended a public health emergency through Aug. 13 that had been slated to expire after the weekend.

Late Saturday, Marine Forces Japan issued updated anti-coronavirus restrictions that require O-5 approval for most off-base activities, including doctor visits. Only travel to and from an off-base residence and an installation is allowed. The rules apply to all Marine personnel, including dependents, civilians and contractors, on the island.

Kadena Air Base has restricted travel to MCAS Futenma, Camp Hansen and Camp Kinser to official business only. Trips to other Marine bases on the islands should be minimized to the greatest extent possible, the 18th Wing said Sunday on its Facebook page.