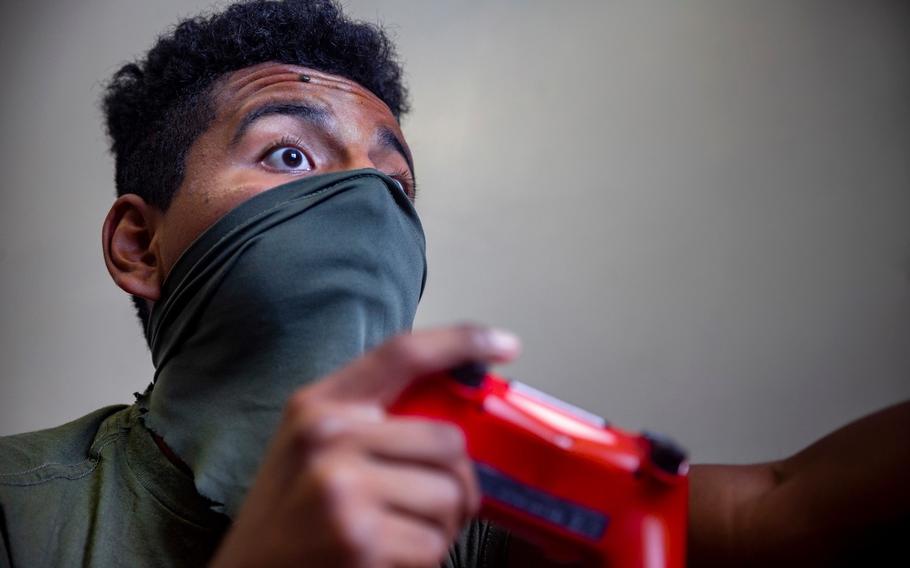 CAMP FOSTER, Okinawa — The Marine Corps on Okinawa reported one new case of the coronavirus Wednesday, bringing the total from two clusters discovered after the Fourth of July weekend to 142, Marine and Okinawa prefectural officials said.

The latest case involves a Camp Hansen Marine, bringing the total in that cluster to 60, Marine Corps Installations Pacific spokesman Maj. Ken Kunze wrote Wednesday in an email to Stars and Stripes.

The case was first announced on the command’s Facebook page, one day after five new infections were reported at Marine Corps Air Station Futenma, the site of the other cluster.

The most recent case was discovered through the Marine Corps’ trace-and-test process, according to the Marine statement on Facebook. The affected Marine has been in quarantine since July 12.

The Marines said they are releasing contact tracing information via the “COVID Trace Tracking map” on the Marine Corps Installations Pacific website, according to a Facebook post Tuesday. The map shows which buildings positive service members visited and when.

The service on Wednesday reported that 16 Marines who tested positive during the outbreak have recovered and were released from isolation, according to a Facebook post. Five other individuals who recovered were released earlier.

MCAS Futenma now has 82 positive cases, Marine and Okinawa prefectural officials said as of Wednesday. Other active cases on Okinawa include two at Kadena Air Base, one at Camp Kinser and one involving a Marine family member at Camp McTureous.

Kadena also had two airmen and a visiting family member test positive in March, but they have recovered, Air Force officials on Okinawa have said.

As of Wednesday, Okinawa prefecture had reported 157 coronavirus cases. Fourteen were announced after July 8, and the majority of those have been traced to mainland Japan.