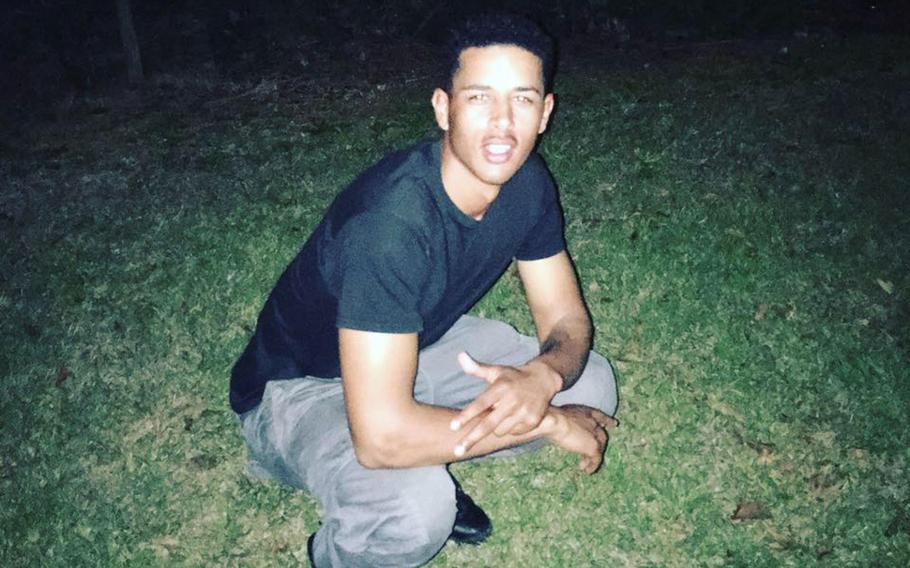 Pvt. Jordan Rhodes, 22, of Bolingbrook, Ill., had been charged with the Jan. 13 rape of a female Marine who was under the influence of alcohol and unable to consent, according to a copy of the charge sheet provided to Stars and Stripes. (Facebook)

CAMP FOSTER, Okinawa — A member of the III Marine Expeditionary Force has pleaded guilty to sexual assault and attempting to use and distribute LSD.

Pvt. Jordan Rhodes, 22, of Bolingbrook, Ill., had been charged with the Jan. 13 sexual assault of a female Marine who was under the influence of alcohol and unable to consent, according to a copy of the charge sheet provided to Stars and Stripes.

He was also charged with using and providing LSD to a pair of Marines on two separate occasions last year and failing to obey a lawful written order to not drink alcohol.

During a court-martial Tuesday, Rhodes received a dishonorable discharge and five years confinement, though he will do closer to two years because of a pretrial agreement that capped confinement at 36 months and credit for time served, III MEF spokesman Maj. Clint Gebke said in an email to Stars and Stripes on Wednesday.

Rhodes – who was assigned to the 7th Communications Battalion, III MEF Information Group – was detained on sexual assault charges the day after that incident, Gebke said. He had been charged with committing a penetrative sex act without proper consent and causing bodily harm during that act.

Prosecutors said Rhodes knew, or “reasonably” should have known, that the woman was too intoxicated to consent, the charge sheet said. He pleaded guilty to the first charge.

He was also accused of failing to obey a lawful written order.

“You are not allowed to consume alcoholic beverages,” an unnamed superior ordered Rhodes on Dec. 14, 2017, according to the charge sheet. It is unclear if this order was unit-wide or specific to Rhodes for past transgressions. The charge sheet said he violated the order several times over the course of the next month. He ultimately pleaded guilty to that charge.

Rhodes was being held at the Camp Hansen brig, but will be moved to a facility in the United States at an unknown date.

He joined the Marines in September 2014 and was nearing the end of a five-year term of service when the sexual assault happened, the charge sheet said.