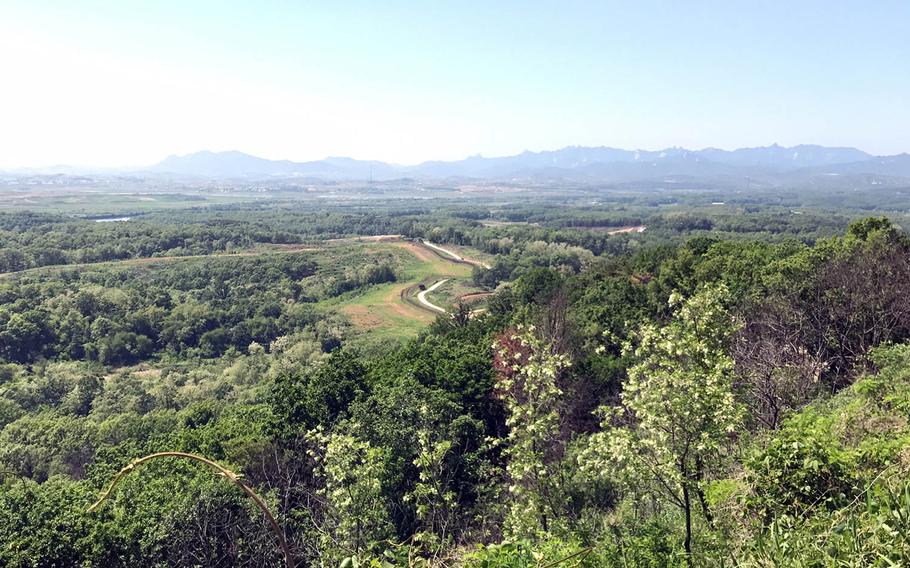 The South Korean military was questioning the North Korean who hopped across the eastern border and remained at large for more than 12 hours before being apprehended Wednesday morning, according to the nation’s Joint Chiefs of Staff.

JCS spokesmen at a press briefing Wednesday described the man as an unarmed civilian and possible defector who was first spotted about 7:25 p.m. Tuesday jumping over a barbed wire fence on the demarcation line in Gangwon province.

Border guards were already on alert, a spokesman said, because someone had triggered monitoring equipment at guard posts at 10:14 p.m. Monday.

Tuesday evening, the intruder avoided detection partly due to the terrain, but the military had increased its alert status and sent more troops into the area to find him, according to a transcript of the briefing.

“We were managing the situation,” a briefer said.

The North Korean was captured without incident about a mile from the border fence, according to the spokesman, who spoke on condition of anonymity to provide background. He said the intruder escaped earlier observation because some fence-mounted sensors had not worked properly.

The Korea Herald reported that a similar incident occurred in the same area in 2012, when a North Korean soldier seeking to defect approached a South Korean outpost unnoticed.

The Korea Times reported the Tuesday incident pointed to lax border security and quoted the JCS as saying it would inspect border defense units and discipline the negligent.