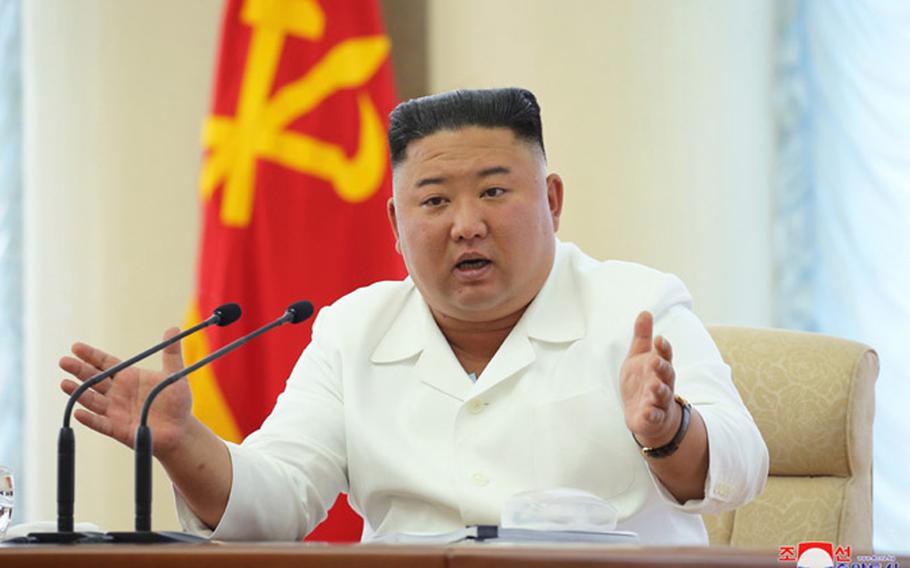 SEOUL, South Korea — North Korea refused to answer the phone Tuesday after vowing to sever communication lines with the South due to anger over the dispatch of anti-regime leaflets across the heavily fortified border that divides the peninsula.

South Korea’s government, which has made improving relations with the North a key policy, said it will continue to press for peace.

The North said all lines would be cut after accusing the South Korean government of conniving with “the riff-raff” in hostile acts, while “trying to dodge heavy responsibility with nasty excuses.”

“This has driven the inter-Korean relations into a catastrophe,” the state-run Korean Central News Agency said in a report posted Tuesday.

Phone calls via military lines and a liaison office went unanswered on Tuesday, according to officials at South Korea’s unification and defense ministries.

The spat was another sign of rising tensions with the North since U.S.-led nuclear talks with the North broke down. Pyongyang also resumed missile tests amid the impasse and already has suspended most cooperation with the South.

However, military officials said the two Koreas usually call each other twice a day to maintain the communication channels. Tuesday was the first time the North Koreans didn’t answer the routine calls since the hotlines were restored after a bilateral military agreement was reached in 2018, defense ministry spokeswoman Choi Hyun-soo told reporters.

The North’s anger erupted after South Korean activists, including defectors from North Korea, floated leaflets criticizing leader Kim Jong Un last week. The common activist practice has long provoked criticism from the North, where the regime maintains tight control over the population and is supposed to be revered as godlike.

Seoul has said it would push for laws banning the leafleting, but Pyongyang was not mollified.

Tuesday’s statement came days after the leader’s sister, Kim Yo Jong, also threatened to permanently close the liaison office in the border city of Kaesong and to nullify an inter-Korean military agreement aimed at easing tensions.

“We have reached a conclusion that there is no need to sit face to face with the South Korean authorities and there is no issue to discuss with them, as they have only aroused our dismay,” KCNA said.

It said the decision to sever the communication lines was made at a meeting with Kim Yong Chol, a former spy chief and senior ruling party official, and Kim Yo Jong.

“They discussed phased plans for the work against the enemy in order to make the betrayers and riff-raff pay for their crimes,” KCNA said, adding the first step was an instruction “to completely cut off all the communication and liaison lines” at noon Tuesday.

“This measure is the first step of the determination to completely shut down all contact means with South Korea and get rid of unnecessary things,” KCNA said.

The unification ministry, which oversees relations with the North, said communication lines should be maintained and promised to continue pressing for peace.

“While abiding by inter-Korean agreements, the government will make efforts for peace and prosperity on the Korean Peninsula,” it said.

The two countries have several hotlines using phones and faxes, which South Korean officials have said are vital to preventing misunderstandings and conflict, arranging diplomatic talks, coordinating air and sea traffic and cooperating on humanitarian issues.

North Korea has cut off communications in the past as a pressure tactic amid animosities between the two countries, which remain technically at war after their 1950-53 conflict ended in an armistice instead of a peace treaty.

In 2016, the North Koreans stopped picking up after South Korea suspended cooperation in a joint industrial venture at Kaesong following a nuclear test.

However, the two sides resumed communication in 2018 during the peak of diplomacy as the two Koreas held three summits and Kim met with President Donald Trump, raising hopes for an agreement over its nuclear weapons program.

The North agreed to work toward the denuclearization of the Korean Peninsula, but talks stalled after Trump and Kim Jong Un failed to reach an agreement on easing sanctions during a February 2019 summit in Vietnam.

Earlier concerns were raised when the North reportedly didn’t answer the phone at the liaison office on Monday morning, but somebody picked up later in the day.

North Korea also didn’t respond to a request for an explanation about a cross-border shooting last month, but military officials said that was considered a non-routine call.