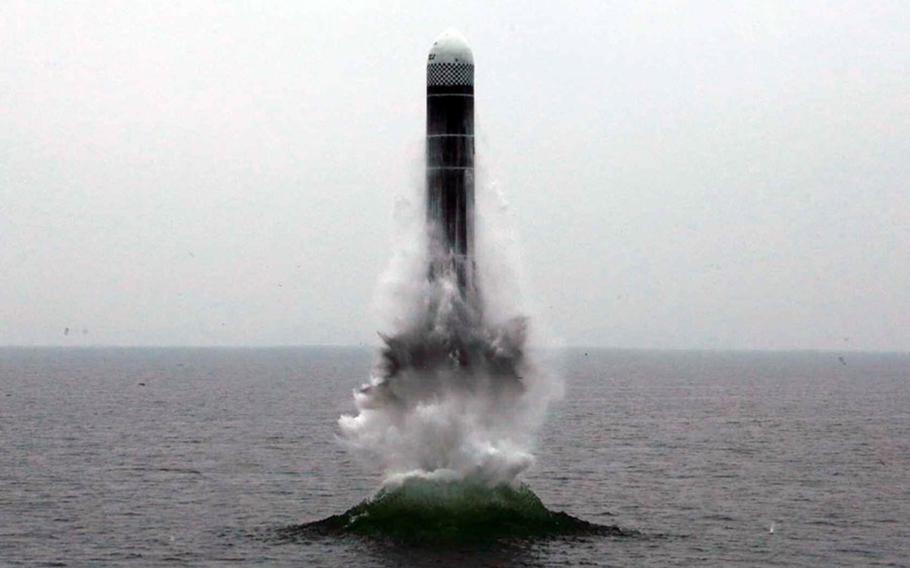 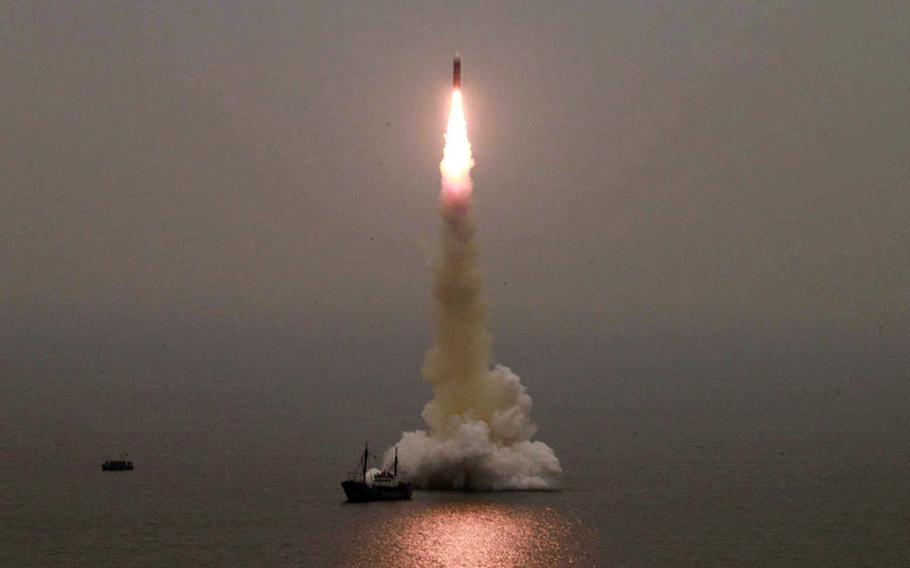 SEOUL, South Korea — North Korea confirmed Thursday that it successfully test-fired a new submarine-launched ballistic missile days before the communist state is due to start nuclear talks with the United States.

The Pukguksong-3 missile was launched “in vertical mode” on Wednesday from the water near the eastern city of Wonsan, the state-run Korean Central News Agency reported.

“The test-firing scientifically and technically confirmed the key tactical and technical indexes of the newly designed ballistic missile and had no adverse impact on the security of neighboring countries,” KCNA said.

It didn’t provide more details, but South Korean officials said the missile flew 280 miles and reached an altitude of 565 miles before crashing into the sea off the eastern coast.

Experts said it was likely fired from an underwater barge and not an actual submarine.

David Wright of the Union of Concerned Scientists noted that the missile had been launched at an angle, which curbed the distance it traveled.

“If flown on a standard trajectory with the same payload, that missile would have a maximum range of about 1,900 km (1,200 miles),” he said in a blog post. “This would classify that missile as medium range.”

The launch threatened to raise tensions as Washington and Pyongyang planned to resume talks over the North’s nuclear weapons program this weekend. No location has been announced.

President Donald Trump has dismissed past launches as routine because they involved short-range missiles. He had no immediate comment on Wednesday’s test, which was the first underwater launch in three years.

The State Department called on the North “to refrain from provocations, abide by their obligations under U.N. Security Council resolutions, and remain engaged in substantive and sustained negotiations to do their part to ensure peace and stability on the Korean Peninsula and achieve denuclearization.”

North Korean leader Kim Jong Un apparently didn’t attend the launch as he has done in the past, but he sent “warm congratulations” to the national defense scientific research units who conducted it, KCNA reported.

The news agency said the launch was “of great significance as it ushered in a new phase in containing the outside forces’ threat to [North Korea]” and further bolstered its “military muscle for self-defense.”

Experts say the communist state is likely trying to project strength ahead of new negotiations to wring concessions from Washington. The weapons tests also show that the North has continued to develop its weapons programs as talks have stalled.

North Korea’s nuclear submarine program is considered especially threatening because submersible weapons are harder to detect in advance and have a broader range.

“If the launch is successful, we could say that North Korea has developed a missile that could threaten the United States,” said Moon Keun Sik of the Korea Defense and Security Forum. “Pyongyang is trying turn the tables in its favor before the bargaining begins with the U.S.”

Previous talks broke down after Trump and Kim failed to reach agreement during their second summit in February in Vietnam.

The two sides deadlocked over the North’s demands for extensive sanctions relief in exchange for steps toward denuclearization, primarily an offer to shut down its main nuclear facility at Yongbyon.

The Trump administration insisted it will maintain economic pressure until full denuclearization is achieved. The North called on the United States to offer a new approach by the end of the year.

The two leaders, who insist they maintain a great friendship, agreed to resume working-level talks during an impromptu meeting on June 30 on the Korean border.

The two countries agreed to have preliminary contact on Friday and to hold working-level talks on Saturday, she said.

“It is my expectation that the working-level negotiations would accelerate the positive development of DPRK-U.S. relations,” she added, using the initials for the North’s official name the Democratic People’s Republic of Korea.