No new coronavirus cases for US military in Japan, but Tokyo’s numbers remain steady 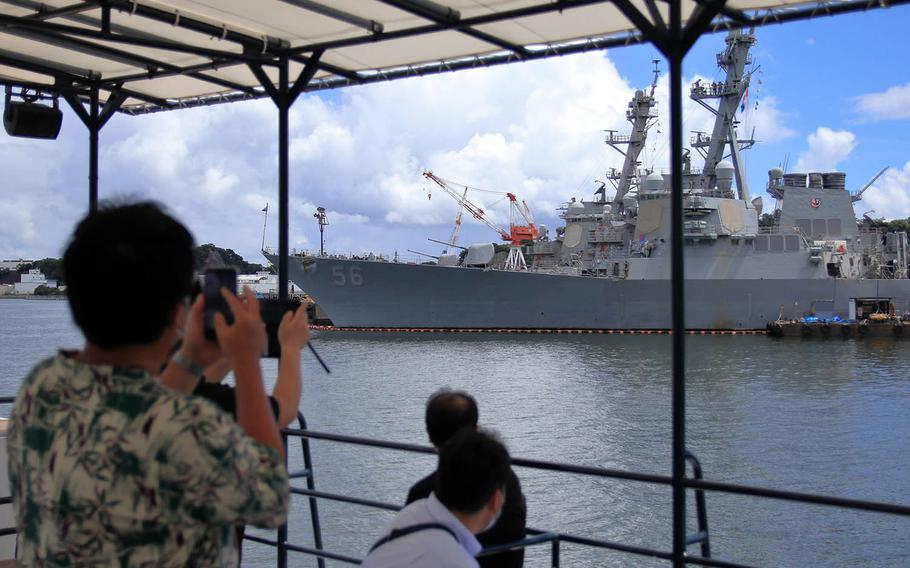 TOKYO — The number of new coronavirus cases in Japan’s capital city bounced above 200 again Thursday, while U.S. military bases in Japan, some of which were still mopping up after a passing typhoon, reported none.

The Marines on Okinawa, who so far have reported at least 350 cases, many linked to three clusters from early July, went two consecutive days without a new case and released seven people from quarantine, according to Marine Corps Installations Pacific.

At Yokosuka Naval Base, south of Tokyo, the base commander relaxed a 1.8-mile travel restriction, although with cautionary advice to accompany the broader limits.

The Tokyo Metropolitan Government reported 211 new infections Thursday, according to public broadcaster NHK. Tokyo has counted 100-250 new cases every day since Aug. 25, according to government data.

On average, 183 people in Tokyo have been infected each of the past seven days, the data show. That rate has fallen from 275.3 on Aug. 26.

The city of 13 million has reported 21,339 people infected with the virus during the pandemic and 364 deaths. Central Tokyo is off limits to U.S. military personnel, Defense Department civilian employees, contractors and their family members.

At Yokosuka, home of the U.S. 7th Fleet, base commander Capt. Rich Jarrett Jr. said the declining number of cases on base meant he could ease travel restrictions for his command.

The surrounding community, however, remains “in an ongoing, elevated risk” of the virus spreading, he said in a video posted on the base Facebook page Thursday.

The Miura Peninsula, where the naval base is located, is now open to service members, civilian employees and family members for limited activities, Jarrett said. Some places are still off limits, including Tokyo and Yokohama, beaches, indoor dining, bars and night clubs and overnight stays in off-base hotels.

The permitted area extends to a boundary north of Oppama and Zushi stations, according to a map accompanying the video. Train travel remains off limits, except for commuting to work.

Jarrett said the base will adhere “a little while longer” to tighter restrictions imposed in August due to a substantial risk of the virus spreading, in military terms Health Protection Condition-Charlie.

He said tracing the contacts of coronavirus patients shows that some behaviors are more likely to spread the virus than others. Prolonged social interaction in close quarters such as gatherings in homes and barracks is a likely scenario. Beach activity is another, Jarrett said.

“A disproportionate number of cases” erupts within days of someone visiting a beach, he said.

Jarrett advised adopting habits, such as wearing a mask, that reduce the risk of spreading the virus. He suggested outdoor activities such as hiking, biking and visiting local parks.

Everyone must substantially reduce the number of their activities, Jarrett said, and “our circle of friends should be smaller.”

With cold and flu season approaching on top of the pandemic, he said, there’s “likely a long road ahead of us.”

On Okinawa, where the bulk of U.S. forces in Japan are located, the prefectural government on Thursday reported 20 new cases since Tuesday and two deaths, a public health official told Stars and Stripes. Typhoon Maysak brushed past the island on Monday and Tuesday.

The number of new cases there has fallen from a high of 159 on Aug. 9 during a second wave on the island that began in late July.