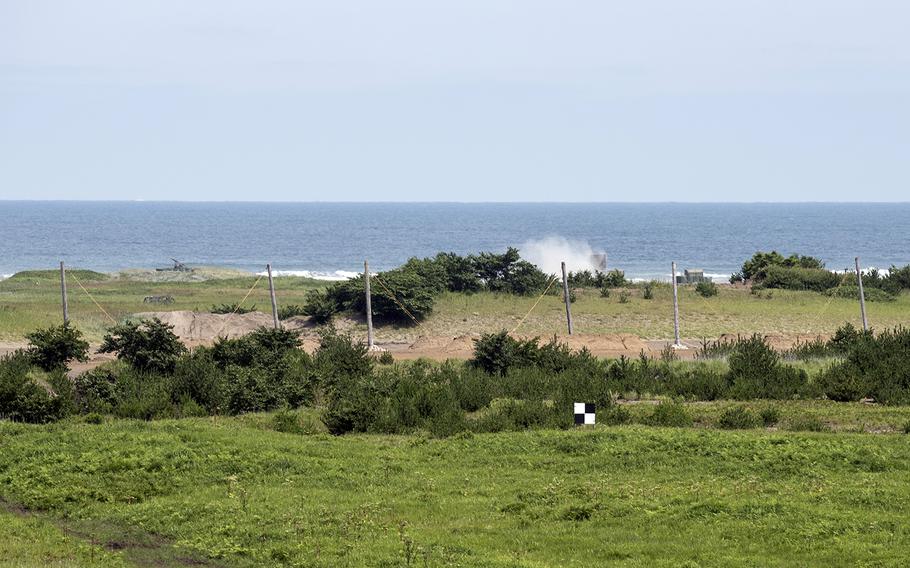 YOKOTA AIR BASE, Japan — An Air Force F-16 Fighting Falcon flying out of Misawa Air Base dropped a 500-pound dummy bomb onto the Japanese countryside late Wednesday, according to the Tohoku Defense Bureau.

The incident happened at 6:37 p.m., and there were no reports of injuries or damages, a spokeswoman said Thursday.

The object — described by Misawa’s 35th Fighter Wing as an “inert training device” — landed onto a private, grassy area about 3 miles from Draughon Range, a 1,900-acre complex near Misawa where Air Force and Navy pilots train to defeat enemy air defenses. It’s also used by the Japan Air Self-Defense Force. The impact created a deep crater, according to Japanese public broadcaster NHK.

The Tohoku Defense Bureau has urged Misawa’s commander to investigate the cause of the incident and implement preventative measures, the spokeswoman said. It’s customary in Japan for some government representatives to not give their names.

The 35th Fighter Wing has “suspended dropping inert objects as part of our training sorties until further notice and we are working with the appropriate parties to recover the device,” Staff Sgt. Melanie Bulow-Gonterman, a wing spokeswoman, said in an email Friday. “We are committed to performing our mission in a responsible manner and we will work with the Japanese community to ensure the well-being of our counterparts.”

In January, a plastic part detached from a Misawa-based F-16 during flight and fell to the ground in northern Japan. There were no injuries or damages. In February 2018, an F-16 from Misawa was forced to drop its fuel tanks into a lake because of an engine fire. The jet landed safely with no injuries.