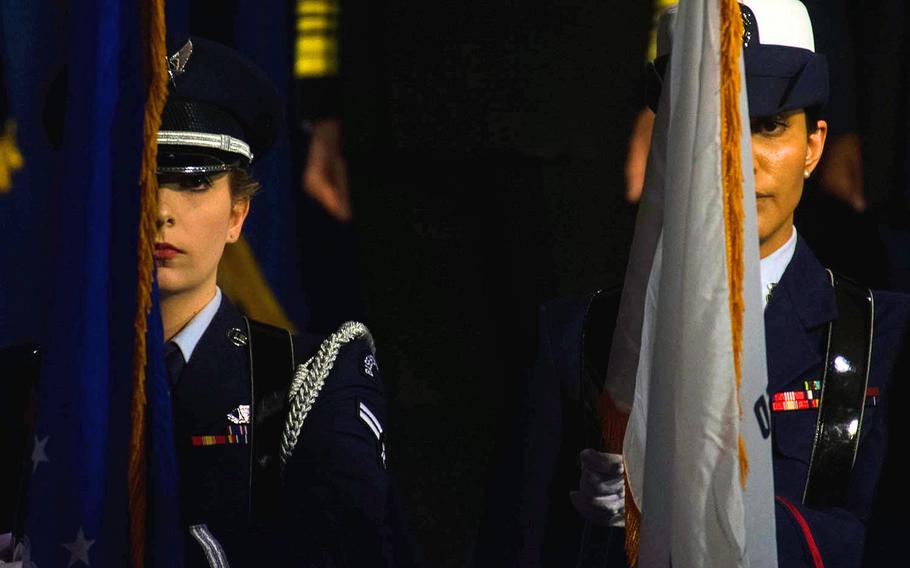 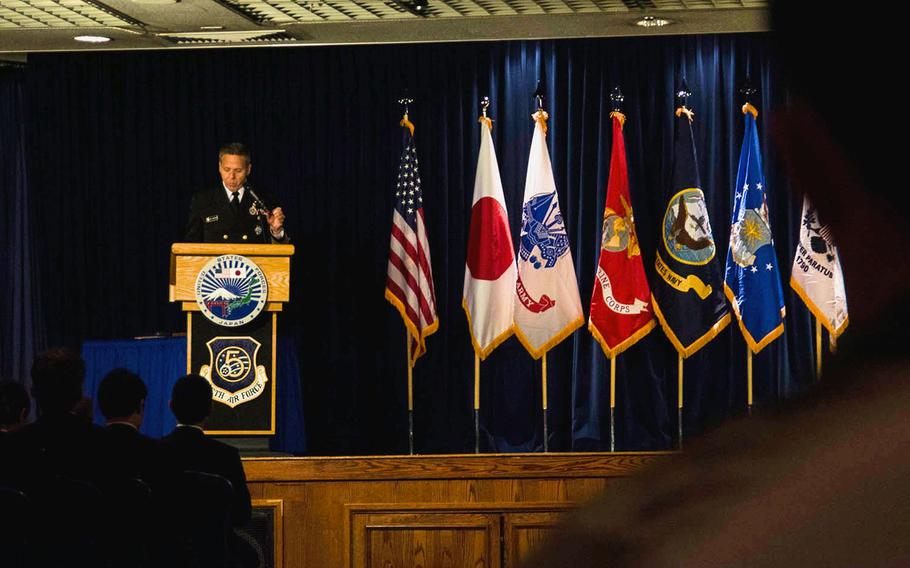 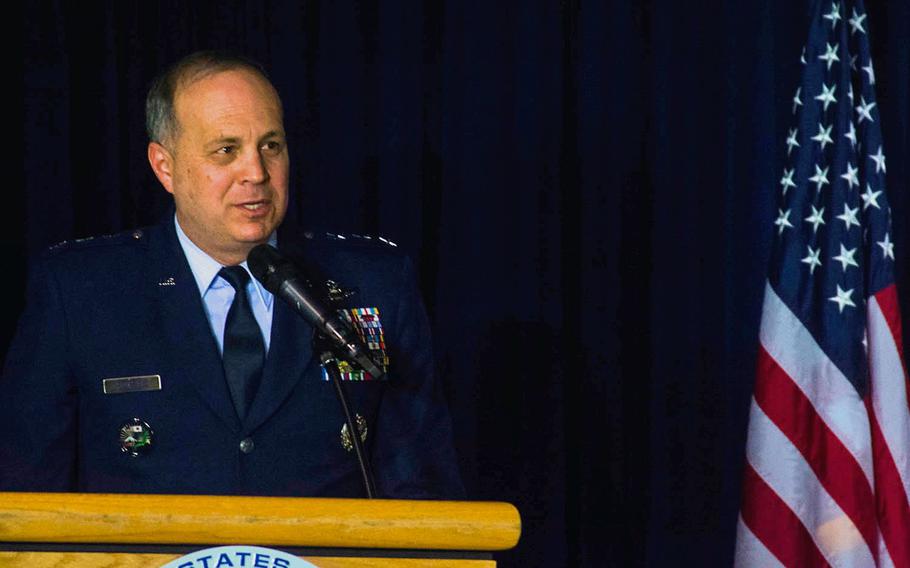 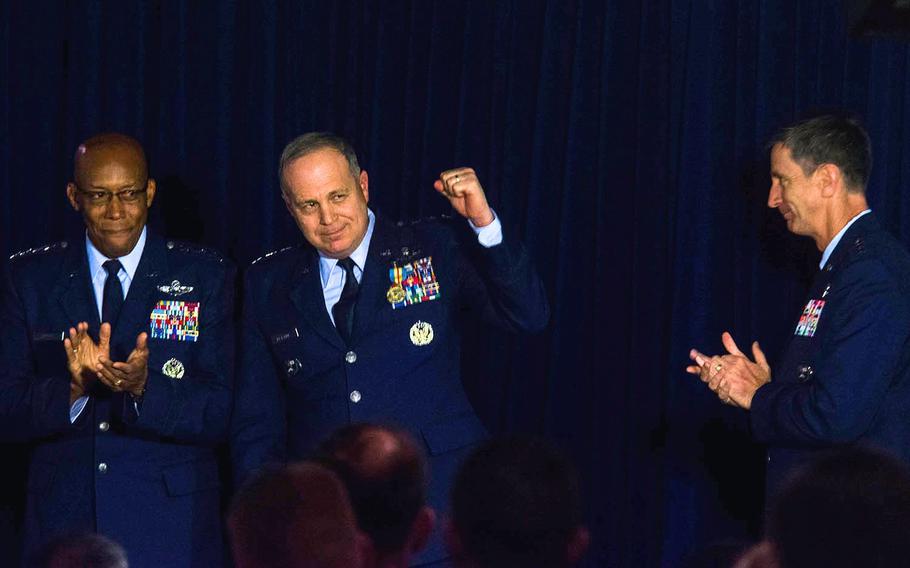 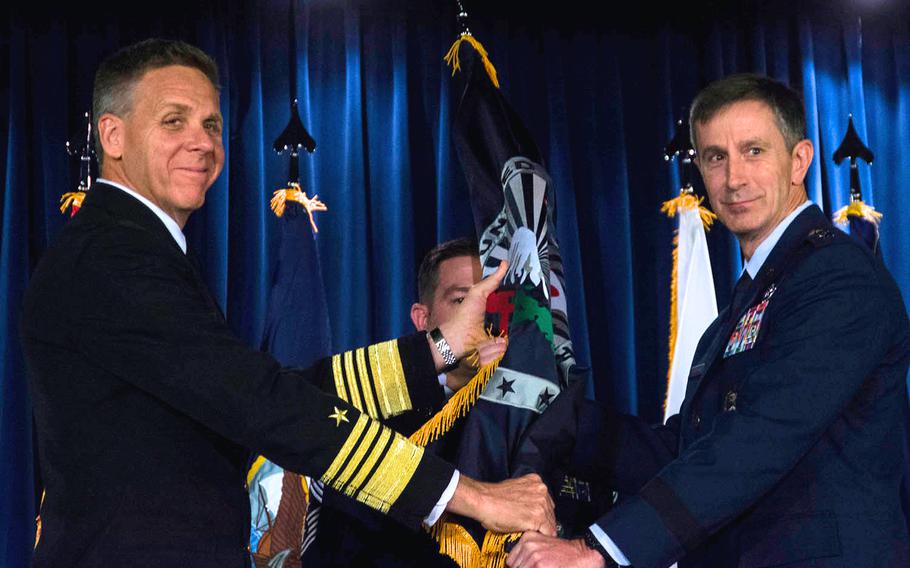 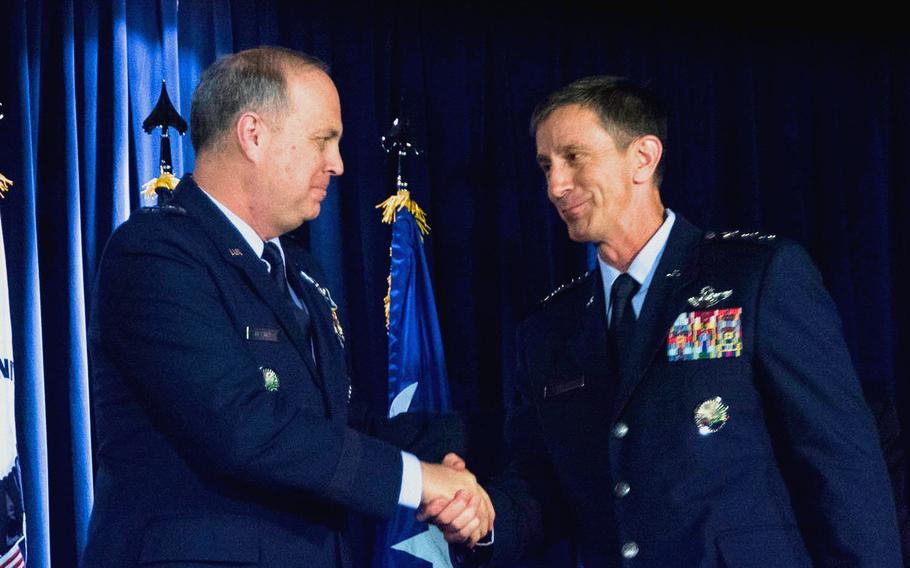 YOKOTA AIR BASE, Japan — Lt. Gen. Kevin Schneider emphasized the importance of maintaining readiness in the face of “increasingly difficult security challenges” as he took command of U.S. Forces Japan and 5th Air Force on Tuesday in western Tokyo.

Schneider replaces Lt. Gen. Jerry Martinez, who is retiring from the Air Force after a 33-year career capped by more than two years at the helm of USFJ — a turbulent period that saw an increasingly aggressive China and heightened tensions with North Korea.

During 2017 alone, Pyongyang test-fired several ballistic missiles into the sea between Korea and Japan. It also launched two intercontinental ballistic missiles, which Pyongyang claims can reach the U.S. mainland, over northern Japan. The first, fired on July 4, landed in Japan’s exclusive economic zone. The second, launched July 28, was reportedly seen by people in Japan as it landed in waters near Hokkaido, the country’s northernmost island.

Schneider — whom both Brown and Martinez referred to by his call sign, “Gumby” — is no stranger to the Indo-Pacific or Japan. He comes to USFJ off a nine-month assignment as Davidson’s chief of staff at Indo-Pacific Command, and once served as an F-16 fighter pilot at Misawa Air Base.

“Japan holds a special place in my memory and in my heart,” he said, adding that some of his earliest memories are from living in the country when his father served as an officer at Yokosuka Naval Base.

Schneider touted the strength of the U.S.-Japan alliance, which he called “the cornerstone of stability and security in the Indo-Pacific.” He also highlighted the importance of bilateral training, something very familiar to many of the approximately 54,000 U.S. troops serving in the country.

“Because of the clear threats to peace and security in this region, we must maintain the highest levels of readiness to respond at a moment’s notice to any threat, to any crisis, to any humanitarian disaster,” Schneider said.

Martinez also emphasized the need for readiness during a question-and-answer session with reporters last month at the Japan National Press Club in Tokyo.

“Our adversaries train at high levels,” he said. “If we don’t train at the level that they train our forces won’t be capable.”

Martinez didn’t call out those adversaries by name but outlined recent developments in the region involving China, North Korea and Russia.

He also highlighted efforts by members of the Okinawa-based III Marine Expeditionary Force to help Japan build its amphibious brigade and how the U.S. has brought its latest equipment — such as F-35B Lighting II stealth fighters, C-130J Super Hercules cargo planes, CV-22 Ospreys and the USS Wasp amphibious-assault ship — to the country.