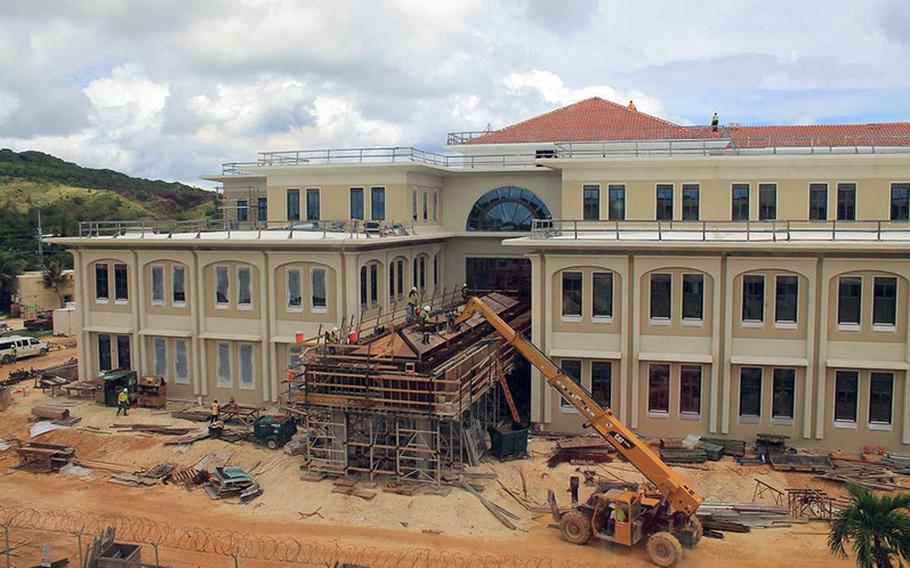 The medical staff on Guam is moving into a new 48-bed, $158 million Navy hospital.

The project, built on land next to the older facility that it will replace, is nearly complete. U.S. Naval Hospital (USNH) Guam staff members are due to move in by April 20, according to a Navy statement.

“Transition activities and training for our staff is well underway as we prepare for the new hospital,” the hospital’s commander, Capt. Jeff Plummer, said in the statement.

The Navy started talking about the project 16 years ago, but ground wasn’t broken until January 2011, the statement said.