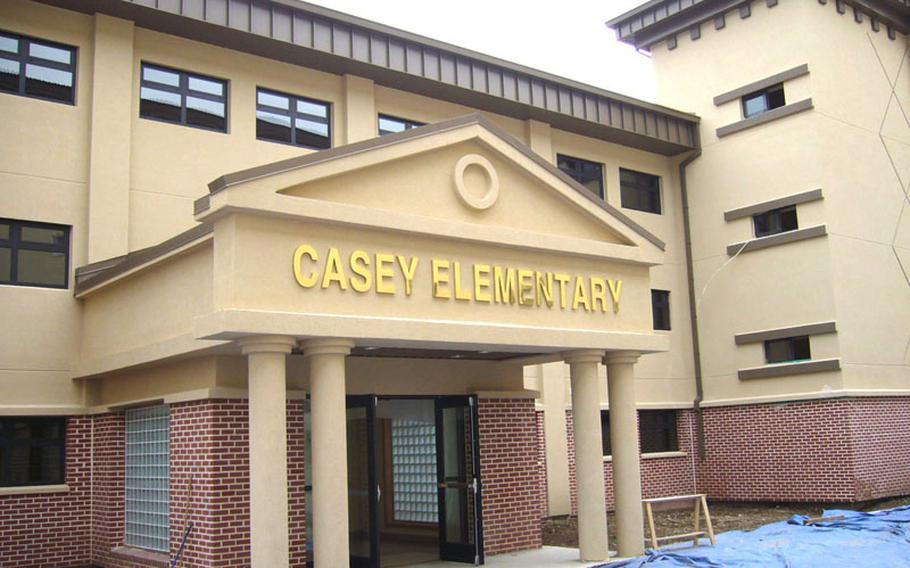 The Casey Elementary School building on Camp Casey in South Korea was officially turned over Monday to the Department of Defense Dependents Schools Korea District so preparations can be made for welcoming students on the first day of school Aug. 30. A former barracks was renovated into the school as part of a $5 million project. (Courtesy of Department of Defens)

CAMP CASEY, South Korea &mdash; Major construction on the new Camp Casey Elementary School has been completed and final preparations are under way to have classrooms ready for the first day of school Aug. 30.

The K-8 school, about 40 miles north of Seoul, is being outfitted with desks, books, and sports and technological equipment, according to a Department of Defense Dependents School news release.

The school is expected to open with about 250 students. The building of an addition that will double capacity is planned for the 2011-12 school year.

Casey Elementary will be the first DODDS school in Area I, the northernmost sector of South Korea. It is opening as part of the response to U.S. Forces Korea&rsquo;s plan to increase the number of command-sponsored slots here.

There are about 28,500 U.S. troops based in South Korea, and officials say as many as half the troops may eventually be allowed to bring their families.